Jenni Kebler’s blue 2017 International Lonestar Skyrise is a rolling tribute to the American military. The truck is covered with decals honoring current military service members and veterans, and was inspired by her husband Robert’s military service, and the service of Robert’s father. They served in the Navy.

Jenni owns and operates the truck with Robert. The two own Diamond View Carriers, Inc., and haul mostly air freight. and have homes in both California and Washington.

Robert and his father both served in the military, and he and Jenni wanted their truck to pay tribute to their service and the service of others. The decals include one featuring the Vietnam Wall and another with the saying “All Gave Some, Some Gave All,” among others.

“It’s pretty awesome that when we stop at a fuel island or anywhere, drivers will just stop and they’ll look,” she said. “We’ve actually had a couple of drivers in tears looking at the truck and some of them are just jaw-dropped, walking around, looking at the honor that’s given them all over the truck. People in general driving by give us thumbs up and honk horns.”

At a Washington DOT scale, the two were red-lighted. At first they thought “Uh-oh,” but when the DOT officer came out she said she recognized one of the decals on their fuel tank as being a tour she’d been involved in. It was the same tour Robert was in.

“She actually red-lighted us so she could come out and speak with us and speak with my husband, and just exchange their stories. That was an honor in itself,” Kebler said.

When they were first designing the truck’s decals, they wanted them to flow from one idea to the other and look presentable.

“We didn’t want it to look like bumper sticker heaven on the truck all over the place,” Kebler said.

It took some tweaking at first, but they’re happy with the way the truck has turned out. They may add more murals and decals in the future.

Kebler first became interested in trucks as a teenager working on her own cars. She’d drive to different places to get parts, and her mom told her to “quit galavanting the country.” When she got her CDL in 1993 and started trucking, she called her mom to tell her she’d found her niche in the world.

“Now I get to galavant the countryside and get paid for it, so she thought that was pretty cool,” Kebler said.

Her book, “And They Came as an Army,” published in June of this year. It’s the story of a scary trucking trip she took with her daughter, Rachel, into Canada. 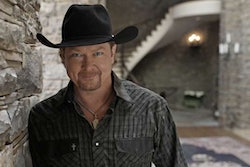 Who’s who of country on new Tracy Lawrence album 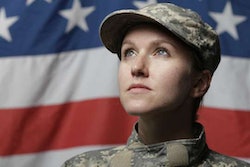 Be part of our Veterans Day salute to drivers 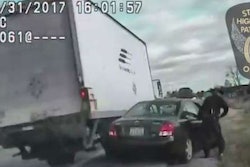 Cop has narrow escape on side of highway 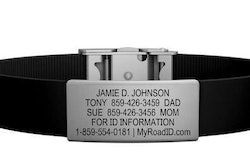 Road ID can help first responders take care of you