Trucker takes musicals like ‘Chicago,’ ‘Hamilton’ on the road

Trucker Donna Brackbill has been the driving force behind some big name broadway and music shows. As an entertainment hauler, she has helped move along such major shows as Hamilton and Chicago.

Brackbill, from Lenoir, North Carolina, has been leased to Clark Transfer for a little over a year, but she’s been trucking since 1986. Her current freight involves a lot of downtown deliveries in theater districts with a lot of difficult docks and street unloads. Much of her unloading takes place at night.

“We get to go to a lot of interesting places,” Brackbill said.

She doesn’t typically have long runs but she does maintain a very tight schedule. She’s currently on tour with th musical Chicago through September.

Entertainment hauling comes with its perks, though. Brackbill’s parking is usually provided either at the venue or a close-by offsite location. She has access to the facilities at the venue so showers are provided and often her meals are catered. When hauling for concerts, Brackbill typically gets an all-access pass to the show.

“We have dinner with the artists and their families usually and get to know them. We interact with all of them and they treat us just like regular members of the crew. Most of them know us by name,” Brackbill said.

Working closely with performers requires the utmost professionalism. There’s no time to be a wide-eyed fan, Brackbill said.

“You can’t be starstruck in this business, that’s one thing. You have to realize that they’re doing a job the same as you are. They just get paid quite a bit more than you do and don’t have to work quite as much,” Brackbill said.

Entertainment hauling also requires people skills. When she stops at a rest area or other public location, the tour trailer wrap on her trailer usually attracts a small crowd. She gets a lot of waves from strangers and people often take pictures of her truck.

“When I stop somewhere, especially at a rest area or some place accessible to the public, I have a crowd around my truck when I get back and a million questions. I try to answer them the best I can because these people, they want to touch these stars and musical acts that I just take for granted. They’re just nice people to me,” Brackbill said.

Brackbill says any woman can be an entertainment hauler, or a trucker in general. She’s seen the industry change a lot during her 33 years of driving. 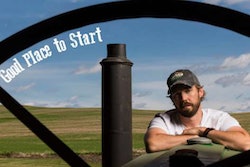 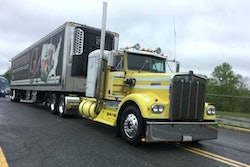 ICYMI: See what went on at Mother’s Day convoy 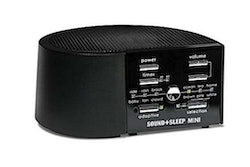 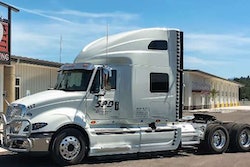