She returned to Celadon in November only to lose her job

Rebecca Peoples began her truck driving career with Celadon about five years ago and was glad she did. But, heeding the attraction of greener pastures elsewhere in the trucking industry, she left only to find those other pastures weren’t so green after all.

The Alabama native returned to Celadon just last month, and last weekend became one of several thousand of its drivers to find out the company and their jobs were gone. Celadon filed for bankruptcy and Sunday at midnight informed drivers to complete their deliveries and return their equipment.

Celadon promised no driver would be left stranded; all would get home. But that meant little to Peoples, who lives on her truck, having lost her home due to medical issues. Losing her job meant being homeless again.

Peoples was on the road when the bad news started circulating. She had left her son’s home in Alabama on Friday after visiting her sick grandson. As of Monday afternoon, Dec. 9, she was still waiting at a customer’s facility in Wisconsin after her load was rescheduled for 11 p.m. that day.

“I saw things (on social media) but I try not to get caught up in the rumor mill,” she said. Even Saturday when a friend sent her one of the many news articles speculating on Celadon’s demise, she couldn’t believe it. “I said, ‘Dude this is a hoax. Celadon is too big for this to happen.’ I guess I didn’t want to believe it.”

A manager told her Saturday to “head towards that customer,” and she did. Once the load was refused, she was told to “get someplace safe and park that truck.” Peoples did.

In the interim, Peoples applied online with Crete Carrier and was assured they would provide a rental car and hotel accommodations. That left her having to unload or return to the Celadon terminal in Indianapolis before she could move on.

And move on she must: Celadon’s offer to help drivers get home meant nothing to Peoples, who lost her home when she was ill. Today she lives on her truck. She plans to be in Carlisle, Pennsylvania, Wednesday, Dec. 11, for Crete orientation.

Celadon driver: “I didn’t want to believe it”

“It’s official. We’re screwed. Celadon is done.” Jack Rivera, a company driver with Celadon, posted this message on his Facebook page early Monday morning. But he first heard the news on Saturday night when he was sitting in a truck stop and a driver from Crete showed him a message from a dispatcher urging drivers to bring Celadon drivers over to them.

He’d seen social media posts to that effect, but “I didn’t want to believe it,” he says. A steady stream of messages from Celadon had given him hope, but finally, via his ELD, he got confirmation of the shutdown.

Rivera, who has been an owner-operator and, recently, a company driver for Celadon for 11 years, says he’s trying to process the events. He’s not the only one.

Drivers have taken to social media to tell their stories and express their anger over a lack of direction from the company and the grim uncertainty that comes with a sudden job loss. Meanwhile, other large fleets also took to social media and other channels to offer bus fares, hotel rooms and jobs to Celadon’s former drivers.

After a weekend of swirling rumors, Celadon announced in the Sunday-Monday wee hours that it would close its doors after 35 years. The move left thousands of drivers without a job, many of them still on the road in loaded company trucks. Celadon has told drivers it will pay them for their remaining work and help them get home. As of Monday morning, drivers were awaiting instructions on where to return their equipment after finishing any loads.

Some larger fleets offering to help Celadon drivers include Hirschbach, CRST and U.S. Xpress. Hirschbach and CRST said they will offer free bus tickets to any stranded Celadon drivers with no obligation to come drive for them. U.S. Xpress said it is offering a $12,000 sign-on bonus paid over 12 months and more.

Tina Arundel, a TravelCenters of America spokesman, said TA is allowing its site general managers to help drivers. “A site GM will evaluate the needs of a driver on a case-by-case basis and will do what they can.”

Rivera, who’s been with Celadon since 2008 as a driver and trainer, has yet to decide on driving offers he’s received. Some came from trucking friends who’ve messaged him with support, something he says at least makes him feel wanted.

“I don’t see the sense in getting upset. I know I can look for something else,” said Rivera, who was sitting in a TA in Greenfield, Indiana, Monday morning, about seven miles from his terminal where his truck was scheduled for maintenance. He planned to run the truck to the terminal and get a bus ticket home.

He encourages his fellow drivers to not abandon their trucks. “It might feel good at the moment but it will hurt your chances for another job. It goes on your record,” he says.

Rivera says that Steve Russell, the founder of Celadon, would be turning over in his grave at the turn of events. “Russell was an awesome guy. I’ve met him and he always listened to his drivers. I was saddened when he passed away. I can only imagine what he would be thinking right now. He built Celadon to what it was.” 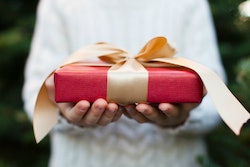 Gift Guide: 10 Christmas ideas for the woman trucker in your life 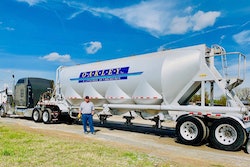 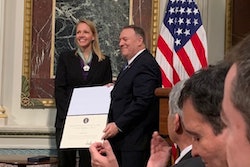 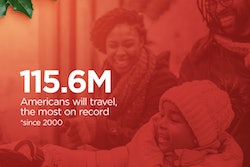 Interstates to get crowded during Christmas travel times