Truckers News Staff (TN)
Nov 6, 2014
The tractor that hauls the football gear of the Black Knights of the Hudson

Since 1890, the Midshipmen of Navy have done battle with the Black Knights of Army in one of the most storied football rivalries in U.S. sports history.

See how the two teams will get all of their gear to the game. Also included in this photo slideshow is the hauler for the U.S. Air Force Academy Falcons.

Truckers News will salute U.S. military veterans on Tuesday, Veterans Day. If you’re a trucker who served in the military, share a photo of yourself during your time in the service. 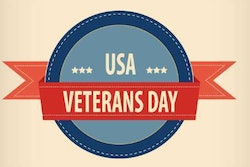 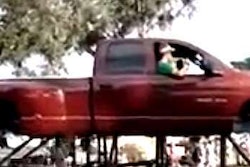 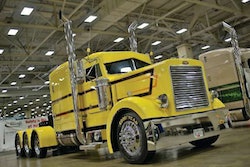 see why ‘One of A Kind’ lives up to its name 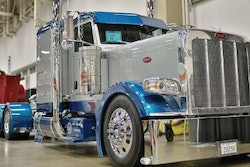 Get a closer look at Rusty Whitson’s 2013 Peterbilt