Six months into its launch, Chevrolet Colorado’s is the industry’s fastest-selling pickup, regardless of brand or model year.

According to J.D. Power PIN data, the average Chevrolet Colorado is spending just 15 days in dealer stock from the day it arrives on the showroom floor.

“The Silverado had another great month, with sales, market share and average transaction prices up sharply,”says Kurt McNeil, U.S. vice president of Sales Operations. “And when you add the GMC Sierra and Canyon to the mix, GM’s year-over-year pickup deliveries increased 37 percent. That follows January’s 42 percent increase and December’s 43 percent increase.”

Retail sales were up 1 percent. Commercial and fleet deliveries were up 12 percent. Sales of trucks, including SUVs, vans and pickups, were up 36 percent year over year.

The Sierra, which has the highest average transaction prices of any pickup line in the industry, was up 6 percent. GMC dealers delivered more than 2,500 Canyons. The success of Sierra and Canyon propelled GMC to its best February sales in 13 years. 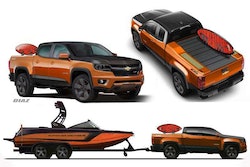 Chevy Colorado gets you to the lake in style 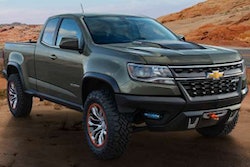 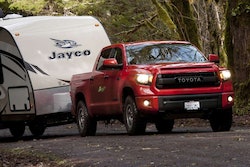