If those odd hood vents on John Jaikes’ 1999 Kenworth W900L look a little out of place, well, they are. Then again, they’re right where he wants them.

“They’re Kenworth sleeper vents,” he says. Jaikes, owner of three-truck Precision Transportation, and Quality Collision, the shop that painted his truck, installed the vents. Gluing them made for “a nice clean look,” He says. “When you rivet them, it’s an ugly look, a cheap look.”

Sleeper vents repurposed on this 1999 Kenworth

The vents are reversible. Open to the front, they force air in; open to the rear, they creates a vacuum that draws out hot air.

The additions aren’t the only thing that distinguishes the hood, which he bought from Jones Performance.

Jaikes is showing his truck at this year’s first Pride & Polish event, at 75 Chrome Shop, which runs today through Sunday in Wildwood, Fla. (Exit 329 off I-75 in central Florida). He also plans to make the year’s four other Pride & Polish shows.

It will be only the second truck show for the W900L. It debuted at last month’s Mid-America Trucking Show in Louisville, Ky., where it came in third in the Lights category. Jaikes also competed there in 2013 with a different truck and won two awards.

Jaikes hauls cheese, mushrooms and other produce to California and elsewhere. He is based in Nanticoke, Pa. 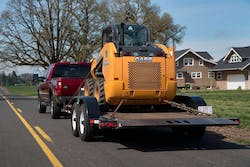 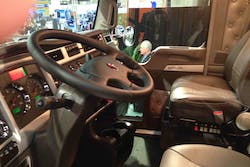 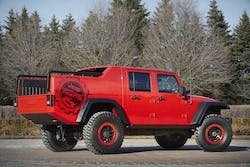 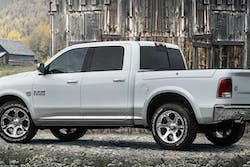