Day two of the American Truck Historical Society (ATHS) convention saw a steady stream of trucks – vintage, custom and even quirky – arrive at the York Expo Center in York, Pa. today (Friday, May 29). Organizers said they expected a turnout of more than 1,200 vehicles. Here’s a look at some of the trucks and other activities at the annual gathering, which wraps up Saturday at 6 p.m.

One of many trucks made its way through the wash cycle upon entering the York Expo Center grounds this morning. 1959 Autocar DC-10264A owned by Rick Knox of Grain Valley, Mo. Seen on the back of a 1973 Kenworth 1964 Mack F-715T owned by Michael Yarnall of Boyertown, Pa. Old Glory flys over the show on the boom of one of the many firetrucks at the convention. 1959 International ACO-225 Sightliner owned by Jim Moore of Bridgewater, Va. Mural trailer from “Smokey & The Bandit” put to Chris Kikelhan’s Kenworth. 1987 Peterbilt 359 owned by Brian Sabo of Madison, Ohio 1984 GMC General owned by Dave Kurtz of Stevens, Pa.
Related Stories 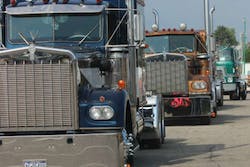 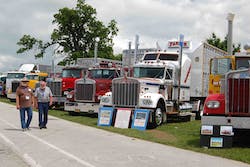 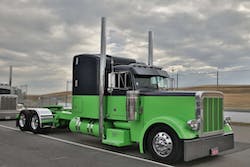 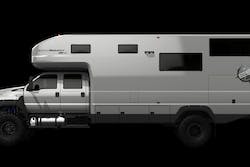