Everfleet LLC, is offering a $5,000 reward for information leading to the arrest and conviction of the people captured on surveillance video stealing an auto transport tractor-trailer the company says is valued at $400,000. Investigators believe the suspects might be members of organized crime rings targeting the trucking industry.

According to a statement from the company, the incident took place in the early morning hours on May 29, at 4850 SW 52nd St. in Davie, Florida where the truck driver parked the vehicle overnight. A video surveillance camera onboard Everfleet’s vehicle captured the crime in progress.

The company says a white four-door Jeep Wrangler that might have been following the tractor-trailer arrived at the crime scene. Under the cover of darkness, a white semi-trailer truck arrived. Two men are seen walking around the vehicle and attempting to break into the cabin. In the enhanced video images, one suspect is smoking a cigarette while wearing an orange hat and an orange long sleeve shirt. The second suspect is wearing a black hat and a blue t-shirt.

The suspects drove away in the auto transport tractor with the trailer attached. Law enforcement officers later found the abandoned vehicle on Interstate 75 near Naples, Florida. The auto transport trailer, which was empty at the time, is still missing. The Davie Police Department is investigating.

“Regardless of how thieves operate — by pilfering trucks and trailers left in parking lots or by executing violent hijackings, they risk the lives of our drivers and drive up the associated costs that are then passed along to consumers,” said Luis Diaz, attorney for Everfleet. “This is why we are asking for the community’s help to bring the thieves to justice and break up the organized crime rings.”

Anyone who believes they have information about the suspects in the video are asked to contact Diaz at (305) 642-0078 or Anthony Carmel at (305) 842-9858. Your identity will remain confidential. 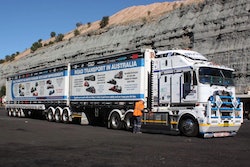 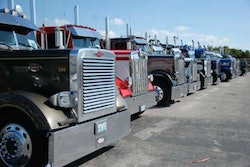 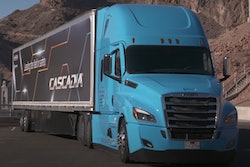 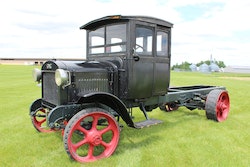