Brian Dreher of Campbellsport, Wisconsin was awarded Best of Show first runner-up for his 2016 Peterbilt 389. He also captured the Best Engine category.

The Owner-Operator Independent Drivers Association Go Safely Award was presented to Daniel and Phyllis Snow. The award, supported by Shell Rotella, honors the commitment of drivers to keeping themselves and others safe during the pandemic.

The Shell Rotella SuperRigs competition is a premier truck beauty contest for actively working trucks. Owner/operators from across the United States and Canada compete for cash and prizes valued at some $25,000. Eleven drivers were selected to have their trucks featured in the 2022 Shell Rotella SuperRigs calendar. The 12th truck is the 2016 Peterbilt 389 of Brian Dreher who won Best of Show during the virtual contest held in 2020. 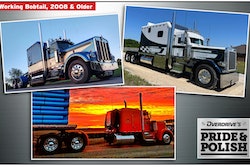 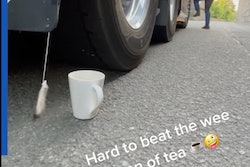