Drivers competed for numerous awards and sought a coveted place in the 2023 Shell Rotella SuperRigs calendar. Twelve drivers were selected to have their trucks featured in the annual calendar that was photographed in the Branson area.

Some highlights of the Shell Rotella SuperRigs calendar include:

JANUARY – Brock Belina from Eagle, Nebraska came to SuperRigs for the first time with his 2022 Peterbilt 389 and made the SuperRigs calendar. He started collecting the calendar in 2004 and said he has dreamed of being in it since then.

MAY – Buck Crombie from Checotah, Oklahoma is a third-generation driver and loves coming to SuperRigs with his 1988 Peterbilt 379. He likes the family atmosphere and seeing hard-working people and trucks.

AUGUST – Bubba Branch, from Lakeland Florida has always wanted to build a truck that is worthy of Shell Rotella SuperRigs. His childhood dream came true when his stunning 1996 Kenworth W900 was chosen for the calendar. He dedicated the calendar to shoot to the memory of his friend and longtime SuperRigs competitor, Troy Huddleston.

RELATED NEWS:  Another look at the super rigs at Shell Rotella's SuperRigs show

OCTOBER – Theresa DeSantis from Apache Junction, Arizona won her second Best of Show award with her 1985 Peterbilt 359 with a theme of “The Witches Inn.” Her advice to anyone who enters SuperRigs “is to pick a nice theme and keep cleaning, don’t ever stop cleaning.”

The Shell Rotella SuperRigs competition is the premier truck beauty contest for actively working trucks. Hardworking owner/operator truckers from across the United States and Canada compete annually for more than $25,000 in cash and prizes. 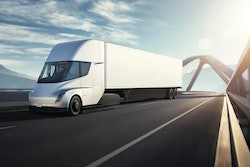 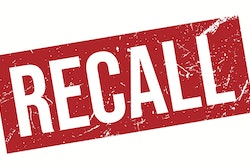 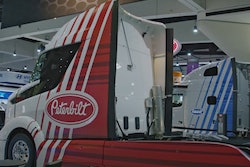