Paul Frederick and his wife Carol

Paul Frederick, an owner/operator from Gatineau, who hauls for Brampton-based Travelers Transportation received the 2016 Bridgestone-OTA Truck Hero Award, which recognizes a truck driver who has exhibited courageousness, selflessness and integrity in the face of an emergency.

Justin Martin, an 11-year driver for International Truckload Services in Belleville, was named the 2016 Volvo Trucks Canada-Ontario Trucking Association Driver of the Year.

Jack Fielding, who drives for Bison Transport, was named Canada’s National Truck Driver of the Year. 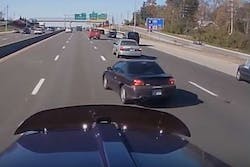 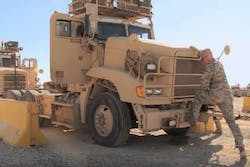 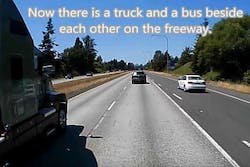 Tour bus driver has bad day with other vehicles 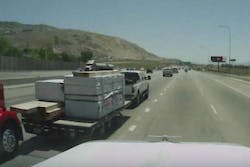 You may ask yourself, ‘How did this happen?’