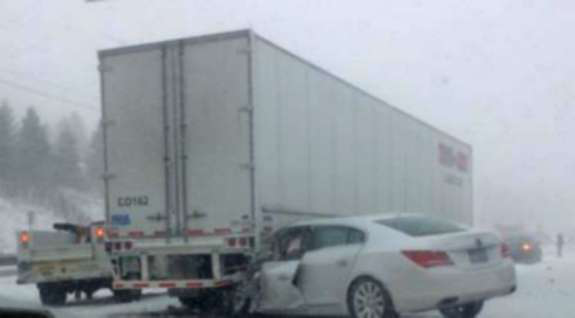 Some 20 vehicles — including at least six tractor-trailers — were involved in a series collisions Thursday, March 2, that closed a section of the New York State Thruway for much of the day.

Police say two smaller collisions occurred behind the original larger one that happened at about 7:30 a.m. in the westbound lanes between exits 39 and 40 west of Syracuse.

Another collision involving two trucks and at least two other vehicles occurred later in the morning in the eastbound lanes nearby.

Only a few non-life-threatening injuries were reported by police.

Westbound traffic was delayed for much of the day as vehicles and debris were removed.