Shot in ‘war against the trucking industry’ rejected

Update: The State Traffic Commission on has denied a request by the R.I. Department of Transportation to block tractor-trailers from driving on certain secondary roads instead of using interstates, but agreed to reconsider the matter in 45 days.

The vote was 3-2 against the plan to prohibit the large commercial trucks from driving on certain segments of roads including parts of Route 3, Route 122, and Route 146.

The Rhode Island Department of Transportation wants to ban tractor/trailers from 15 secondary roads, in what that state’s trucking association is calling “the next phase in the war against the trucking industry.”

Chris Maxwell, president and CEO of the Rhode Island Trucking Association, stold WPRI television RIDOT’s recent request to the state’s traffic commission is meant to force large commercial vehicles to stay on the interstates where they are subject to new trucks-only tolls.

Gov. Gina Raimondo said trucks ought to pay to make repairs to the state’s highways and bridges because they do most of the damage. 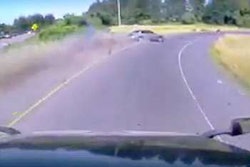 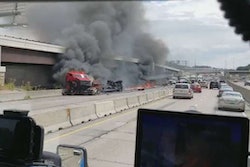 Driver shares video of fiery crash on I-435 today 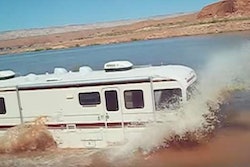 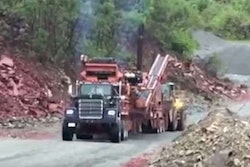