UPDATE: WBZ-TV in Boston explains what happened in this video. The driver of the red Toyota, Natividad Rivera of Framingham, Massachusetts, told the TV station, “she and her sister were on their way to Worcester. She was in the far right hand land at a stop light and wanted to make a left turn. She thought she could beat the truck when the light turned green but she misjudged the space.” The station also reported the trucker told police he didn’t realize he was pushing the car until moments later. No tickets were issued and no one was injured.

The person who posted this video to their Facebook page said nothing more than that they saw this occur on their way to work Friday. 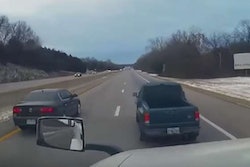 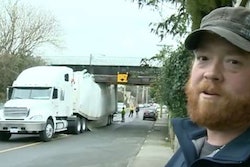 Infamous ‘truck-eating bridge’ claims another one 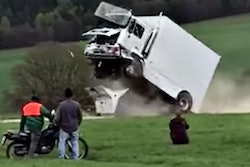 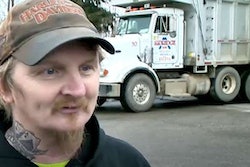