Trucker takes family out of the cold & into his truck

Southbound I-65 in Kentucky was a mess Tuesday, shutdown in the cold and snow by a wreck involving a Greyhound bus, two cars and several tractor-trailers. It was the exact wrong place for a family traveling to Florida to be stranded in a car, the heater of which had stopped working. But, then again, it was the right place for the family because truck driver Paul Marcum was there. Marcum saw Melissa Root outside her car, and she told him her daughter-in-law and grandchildren were in the car but had no heat. Without hesitation, Marcum invited them into his truck, giving them water and snacks. 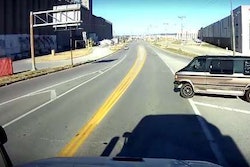 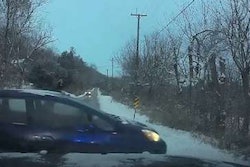 Slowing down for the cops goes badly 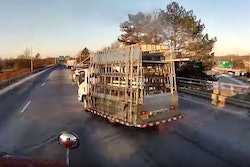 Truck rolls onto its side after collision 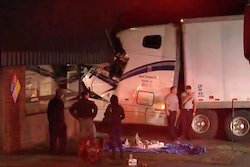 Unattended truck rolls across from truck stop into building