A truck driver was arrested after he deliberately drove his tractor-trailer through a 2,000-year-old protected site in Peru earlier this week.

Jainer Jesús Flores Vigo, was arrested and is expected to be charged with an “attack against cultural heritage,” for deliberately driving across the Nazca Lines, a large series of images scratched into land about 225 miles south of Lima. The images are thought to have been created between 500 B.C. and A.D. 500.

The Nazca Lines are said to be world’s best-known example of geoglyphs, lines “drawn in geometric patterns and distinct animal shapes,” according to National Geographic. The ones in Peru depict several birds — a hummingbird, condor, pelican, heron — as well as a whale, spider, dog, monkey tree and a man. There are several theories as to why the Nazca people created the geoglphys, including that they had religious or astrological significance. 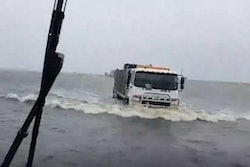 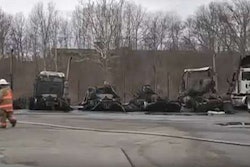 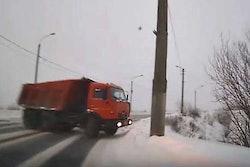 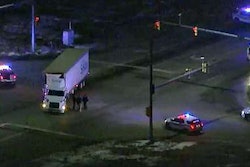