A trucker is credited with saving the life of a Wyoming State Trooper Monday who was being attacked by a suspect by the side of I-80.

Media reports say trucker and 12-year Marine Corps veteran Darren Phillips, a tanker driver for a Utah company, saw the suspect and the trooper wrestling, stopped his truck and ran towards the two. The trooper told Phillips the suspect was trying to get his gun.

A veteran of two tours in Iraq, the trucker/Marine got behind the suspect who was on top of the trooper, put his arm around his throat and fell backwards just as he was trained in the service. This allowed the trooper to get free.

The suspect kept struggling, so Phillips reportedly said, “… you better stop struggling, I’m going to put you out.”

The suspect, identified as Dustin Roberts, 36, of McKinleyville, California was taken into custody. Troopers found 74 pounds of marijuana and some cocaine in Roberts’ vehicle.

“I was just happy to be in the right place at the right time,” Phillips told the KSL TV of Salt Lake City. “Anything I can do for those guys who put their life on the line every day for us, I’ll do any time.” 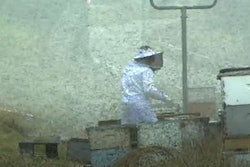 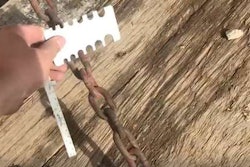 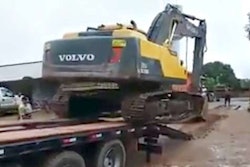 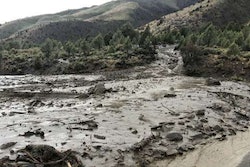 Watch as mudslide closes US 395 in Nevada