A truck driver died this morning after he was ejected from his tractor-trailer, which struck several other vehicles and burst into flames on Interstate 30 in Dallas.

The crash, which The Dallas Morning News reports says happened at 5:45 a.m. near E. Grand Avenue, shut down I-30 for several hours. The truck collided with four other vehicles and the cab ended up hanging off the overpass. Fuel spilled onto the highway and caught fire.

Fox 13 reports that at least one other person was injured and taken to the hospital in an unknown condition.

The name of the driver was not released. 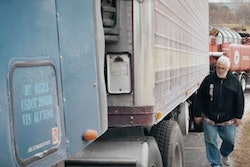 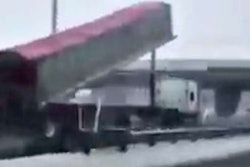 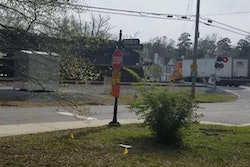 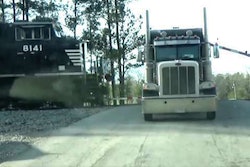