Trucker rescues toddler who fell out of car

A truck driver sprung into action when he saw a child fall out of a moving vehicle and into the middle of a busy road.

The man, identified by The Washington Post as professional truck driver Chad Mock, was driving in Mankato, Minnesota, Jan. 14 when a 2-year-old child in a car seat came tumbling out of the moving car in front of him. Mock’s dashcam caught the incident on video. The video shows Mock, who is driving what appears to be his personal pickup at the time, stop and get out to rescue the child.

The vehicle from which the child fell drove off but according to a Facebook post from Mock the child’s mother returned to the scene. Police were also called.

The Mankato Public Safety Department said the child was not injured. The department is requesting that charges of child endangerment and child restraint system not fastened be brought against the mother, according to a press release.

“This is probably the most unique, craziest thing I’ve ever seen,” Mock told KARE11. “I’ve seen a lot of stuff going down the road behind the wheel of a truck, but I’ve never seen anyone’s kid fall out of the back of their vehicle.” 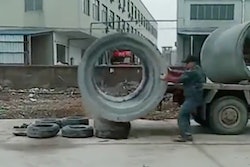 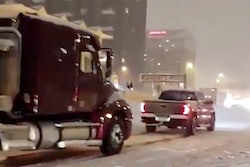 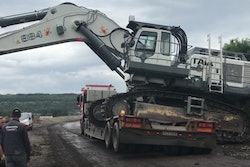 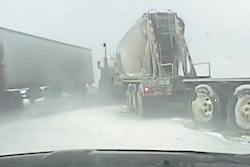