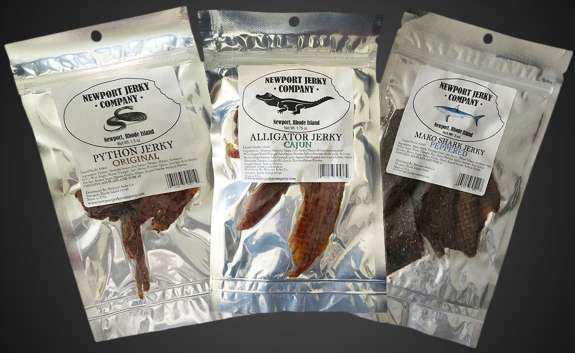 Just in time to stuff the stocking of the trucker who has — or will eat — anything, comes Exotic Predator Jerky.

The Newport Jerky Company spices, dehydrates, and packages meat from over a dozen different animals including alpaca, kangaroo and snapping turtle. (The company also offers a line of vegan jerky.)