TomTom Trucker 620 can help keep you out of trouble

The headlines appear daily. They are on familiar themes and go a bit like:

Skillful and trained as professional truck drivers are, and as close as they pay attention, things can still go wrong. 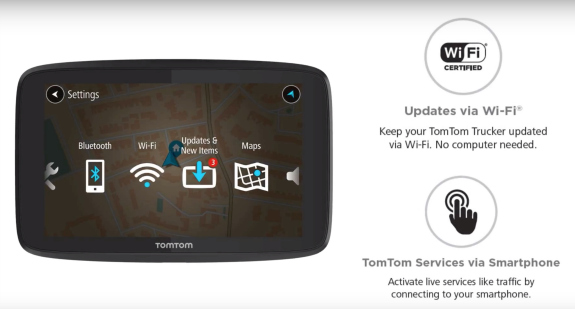 The TomTom Trucker 620 GPS is meant to minimize the chances of a driver winding up as a headline. Loaded with features truckers need, the TomTom Trucker 620 is a GPS built for the needs and demands of the driver who must have reliable information to make safe choices on the road.

With a 6-inch screen and built-in WiFi and Bluetooth connectivity, the Trucker 620 delivers its suite of services via voice control, meaning you keep your hands on the wheel but still get your smartphone’s messages and make calls.

Here’s how the Trucker 620 delivers:

The TomTom Truck 620 attaches to the dash of your truck with an easy to use magnetic mounting device.

Available online and in travel centers.

Looking for better trucking days in 2021