What started out as this generation’s Dirty Dozen, has become a successful – if not critically acclaimed – film franchise. The Expendables are back for a third time and a fourth one is reportedly in the works. This time they are trying to stop a former member of their merry band (Mel Gibson) from sending weapons to Somalia. A second group of younger expendables is formed, and the older band is not thrilled. In the end, they come together, dispatch the bad guys and celebrate the prospect of an even greater prospect of sequels.  The all-star cast of action heroes includes Sylvester Stallone, Jason Straham, Jet Li, Wesley Snipes, Dolph Lungren, Harrison Ford, Arnold Schwarzenegger, Terry Cruz and a non-action hero in Kelsey Grammer. Expendables 3 will be available Nov. 25 just in time for Thanksgiving viewing. DVD = $14.96 and Blu-ray = $19.96 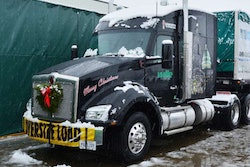 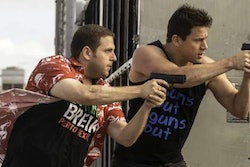 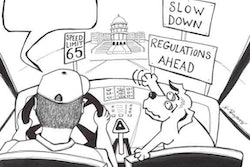 How funny can you be? Share a caption for this cartoon 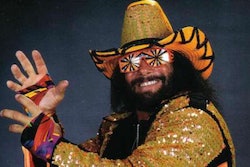 DVD: career of the Macho Man on three-disc set