DVD: some top films of last year due next week

Several high-profile films from 2014 come to DVD next week, including some mentioned as Oscar contenders.

The Theory of Everything stars Eddie Redmayne’s genius Stephen Hawking. It follows his early years as a brilliant college student to when he becomes a captive of his own body as he suffers the early onset of a slow-progressing form of amyotrophic lateral sclerosis (ALS) or Lou Gehrig’s Disease.


Life Itself is a movie about the movies. This documentary is about the late Pulitzer Prize-winning Chicago film critic Roger Ebert. He spent a large portion of his career debating films on TV with Gene Siskel. Ebert was afflicted with cancer of his salivary glands and thyroid, and while he could no longer speak, he continued to write until his death in 2013.

Birdman. If you haven’t heard the praise for this slightly off-kilter film, you have been on the road too long. Michael Keaton (Mister Mom, Batman, Beetlejuice) is a washed up actor famous for playing a super hero who is now trying to reclaim his former glory with a Broadway play. It may have been one of the odder films of the year, but Keaton received rave reviews and an Oscar nomination.

Dumb and Dumber To. Yes, this is a sequel to the Jim Carey and Jeff Daniels comedy. In short, it’s what you would expect. 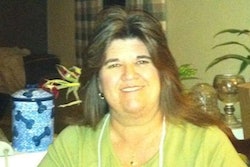