If you happen to be any where near San Antonio, Tex. next Wednesday (April 22), find a reason to swing into the Petro Stopping Center at 1 p.m. CST.

Lindsay Lawler belting out “I Drive” at MATS in March

Doing so will put you there just in time to catch the opening stop of the Truckload Carrier Association’s (TCA) third annual Highway Angel Truck Stop Tour featuring country singer/songwriter Lindsay Lawler and hosted by TravelCenters of America (TA). Sponsors for this, the third annual tour, include Wholesale Truck and Finance, Schneider Trucking and EpicVue.

“I started doing the truck stop tour because I wanted to reach the trucking community and share the music that I created about them and the industry they so proudly represent,” said Lawler. “We’ve had a lot of fun, learned a few lessons, and now, getting ready to kick off our third tour, we feel we’ve somewhat mastered the truck stop tour concept. I am so proud to be the spokesperson for Truckload Carriers Association’s (TCA) Highway Angel program and I’m really excited for this tour to go back to the truck stops.”

Each tour stop includes an hour-long acoustic performance by Lawler from her flatbed truck stage, with select locations to include live radio coverage.

For the performances in San Antonio, Missouri, Illinois, Colorado and Connecticut, Lawler will serve as musical host for TA’s Citizen Driver local unveiling and reception ceremonies. At each unveiling, the TA or Petro location has been renamed for one of the 2015 Citizen Driver honorees.

Citizen Driver is a program launched by TA in 2013 that recognizes drives who lead exemplary lives, both on and off the road. Lawler recently penned “I Drive”, a song co-written by her producer Chris Roberts, specifically for the Citizen Driver program, which will be performed at each ceremony.

Stops already on the schedule include:

‘Citizen Driver’ awards given to five by TA Petro at MATS 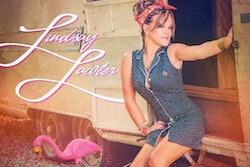