New on DVD: The Terminator is back … again

Why let a great movie franchise go to waste? “Terminator: Genisys” (2015) is the first of a new trilogy of films (and the fifth overall) featuring former bodybuilder and former California Governor Arnold Schwarzenegger as the seemingly unstoppable T-800, and its now available on DVD and Blu-ray. “Terminator: Genisys” builds on the story started in the films by James Cameron, but with some interesting twists. Emilia Clarke is Sarah Connor, who must be protected from Skynet, the artificial intelligence that wants to wipe out humanity. The film features time travel within time travel, so don’t expect for it to be easily followed. You can, however, expect a lot of action, various vehicle chases and more than a little gunplay. $24.99 0n DVD; $32.99 on Blu-ray. 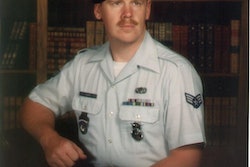