EDITOR’S NOTE: Later this week and early next, members of the Truckload Carriers Association gather at the Wynn Las Vegas Resort for the organizations 78th annual convention. One of the highlights of the event is announcing the TCA company driver and owner/operator of the year. In the next few days, Truckers News will introduce the three finalists for the company driver of the year award in their own words and those of their colleagues. The contest is conducted by the Truckload Carriers Association, “Overdrive” and “Truckers News”, and sponsored by Cummins and Love’s Travel Stops. The winner receives $25,000.

David Gowan, an Army veteran with more than 40 years and 6.5 million miles to his driving credit, has seen both sides of the trucking industry. He now is a company driver for the WEL Companies, of De Pere, Wisconsin, but also spent 22 years as an owner-operator.

On His Background as a Veteran

“I served in Vietnam from 1971 to 1972. When I was released in 1974, I enrolled into trucking school to follow my dream career as a child. When I was employed by Schneider National, with only three years of experience I was selected to be a trainer when they opened their truck driving school. As an American Legion member, I received a letter of recognition in 2010, In April 2014 I received my 17th year Safety Award as a WEL Companies driver.”

On Being A Good Trucking Citizen

“A good trucking citizen in courteous and considerate of the safety of others. DOT regulations and company policies should be followed to avoid mishaps. Always be willing to help others when in need. When I was an owner/operator I would carry spare parts and tools just in case someone needed help. I don’t ask for anything in return, but for them to help the next person in need. I am always open to helping others with any questions they have or give tips to make their job more efficient.”

On Eating Properly and Exercising

“Things I do to keep myself healthy are: walking around when there is nothing to do and try to make new friends, drinking lots of water, avoiding sweets, and eating healthy. I eat a lot of chicken and salads, and avoid eating a lot of red meat. I try not to let things bother me while I am out on the road and be patient. I like to spend my home time with my wife, grandkids and dog. I do take my dog along with me so I walk more because he needs his exercise too.”

“Dave McGowan has been a member of the WEL Family since May 1989. He is a husband and father of two children. Dave is also a U.S. Army veteran and served in Vietnam in 1971-1972.

Dave attended driving school soon after he was released from the military in 1974. While he found it difficult to get his foot in the door with a trucking company initially, his persistence paid off. He has driven approximately 6 million miles so far in his career. He was an owner/operator for 22 years, and also worked as a driver trainer with WEL Companies. He continues to be a friend, mentor and positive role model for other drivers in the company. Dave has received numerous safe driving awards and has also been recognized in our “best of the Best” Drivers banquet eight out of the last eight years. We are proud to call Dave a member of the WEL Companies family.”

In April 2014, he received his 17th year safety award as a WEL driver and is currently a trainer for new hires in the company. He was also recognized as a top 10 percent All Star driver from 2007-2013. When he worked for Schneider National he was selected to be a trainer when they opened their driving school with only three years of experience.

“He is always very courteous and considerate of others and ready to lend a helping hand to someone in need. He is willing to take the time to answer any questions that other drivers have.” 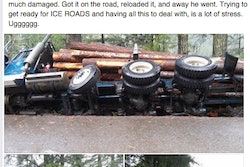 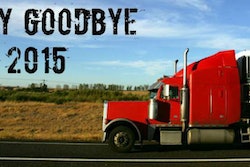 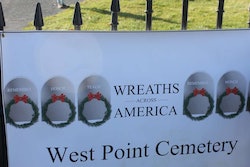