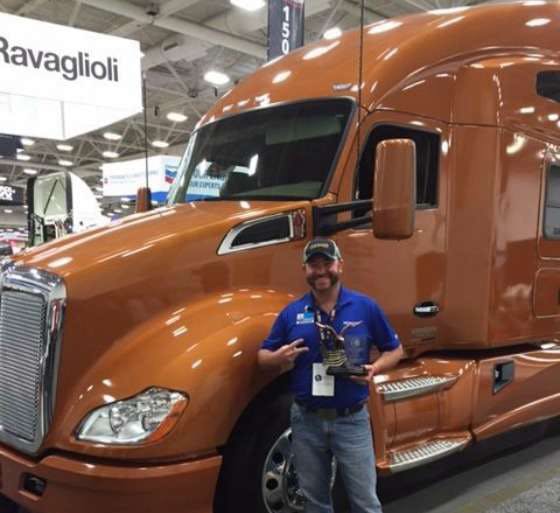 As a child, Troy Davidson would ride along in his uncle’s truck as they’d drive through Michigan hauling a gravel train. This was before the time of Air Ride seats, so he would bob up and down in his passenger side perch.

The experience gave Davidson a strong appreciation for trucking.

“He’d get me a little booster seat so I could see over the dash to look out and I was so fascinated by the weight and the truck and how it handled it, what he was doing, how he was driving it, and just being in something bigger than what I could see on the ground,” said Davidson, who lives in Pensacola, Florida.

His uncle’s truck wasn’t the only one he lived around. He grew up on his grandfather’s farm around farm machinery and his father worked plowing and building roads with a road grader. It was hard but rewarding work, and it instilled a strong work ethic in Davidson from an early age. Davidson’s family also had a long military history, with both of his grandfathers having served in the Navy and his great uncles having been in the armed forces. When he graduated from college, he followed in their military footsteps and joined the Navy in September of 1998.

He ended up in jet engine mechanic training and graduated at the top of his class, so he was allowed to choose orders first over everybody else. He chose to go out west to San Diego, but he didn’t know right away that his orders were for working for a three star admiral in charge of the entire West Coast, including Alaska and Hawaii. This particular admiral had also served with the Blue Angels, the Navy’s flight demonstration team, which was something to which Davidson aspired.

He found out Davidson wanted to join the Blue Angels and did a preliminary interview on him. Davidson passed and moved on to the next interview, which he aced with flying colors. After just two years in the Navy, he was accepted to join the team. He was the youngest Blue Angel at that time.

“I felt that I wasn’t giving to America what it had given to me, for all the benefits I received while I was serving. I thought, what better way to give back to the American public than to be an over the road trucker?” Davidson said.

To Davidson, trucking isn’t just a job. It’s another form of service to his country so he applied to trucking school and now drives over the road for Werner Enterprises. He recently became a trainer.

Trucking is a good fit for Davidson because of his military background. He likes to be on time and enjoys the sense of fulfillment he gets from doing his job well. 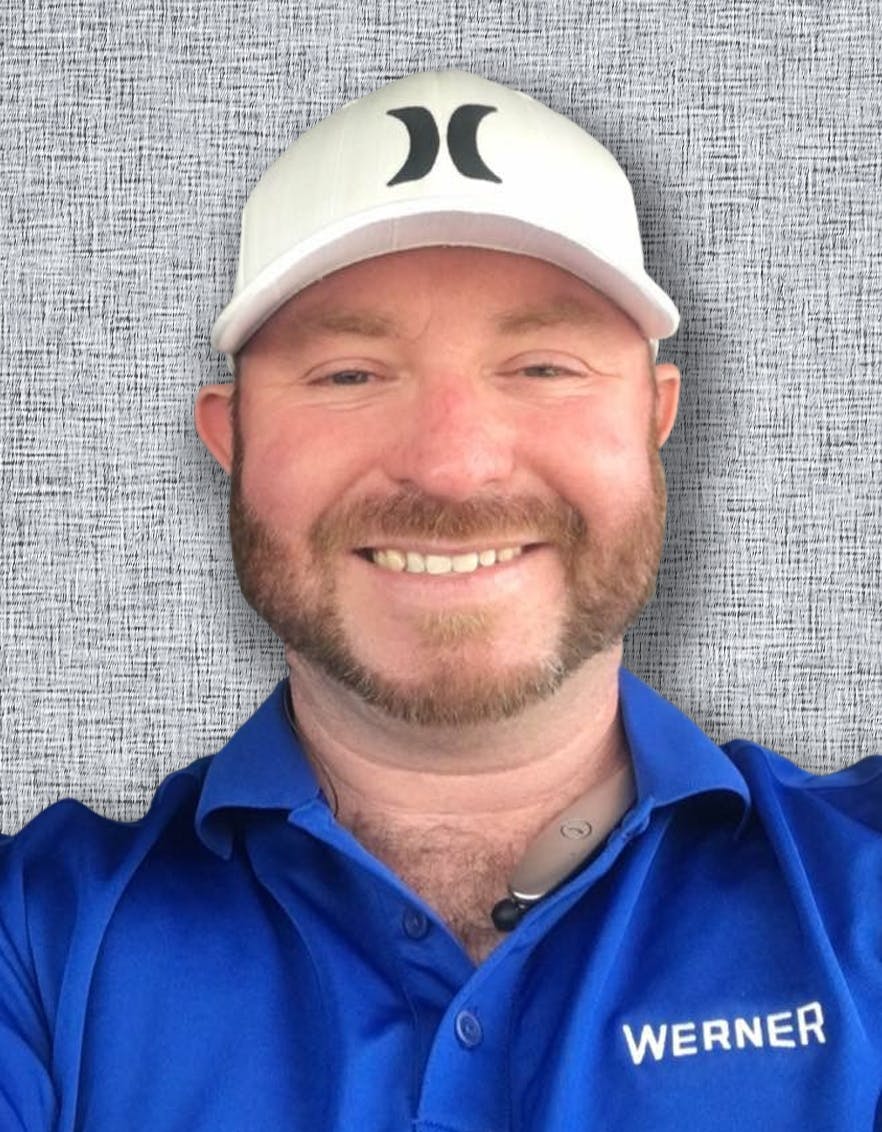 “When you see one of these blue trucks going down the road, nobody has any clue what’s in the back of it or what they’re hauling, but sooner or later it ends up in somebody’s hands,” Davidson said. “That to me is a reward in itself just to know I was able to be a part of that to help that person’s life out.”

Davidson loves his job, and he especially loves listening to and learning from longtime truckers.

“There’s nothing more rewarding than getting out of my bunk in the morning, going inside and getting my cup of coffee and listening to those old timers talk — and I mean guys that have been doing this for 30 years or more and still love what they’re doing — and asking them questions and asking for their guidance and opinions,” Davidson said.

He’s always striving to be the best driver he can, and now he’s being recognized for his efforts. Davidson is one of three finalists for the Transition Trucking: Driving for Excellence Award, which is awarded to America’s top military rookie driver. The award is a partnership between the U.S. Chamber of Commerce Foundation’s Hiring Our Heroes Program, Kenworth and FASTPORT. The winner will be announced Dec. 16 and will receive a fully-loaded Kenworth T680.

When Davidson found out he was a finalist, he says he was humbled and ecstatic.

If he wins, Davidson says he wants to go on to act as an ambassador for the organizations that have been a part of his success, including the Navy, the trucking industry, Werner, Kenworth, FASTPORT and the Hiring Our Heroes program.

“I’m going to represent every single thing that I’ve done because one of the greatest things I’ve learned in my life is that you never forget where you came from,” Davidson said. “You always pride yourself on it and you build upon it and you make it even better.”

You can vote for the finalist of your choice online. 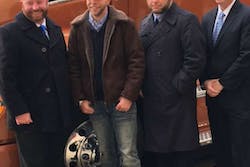 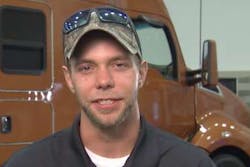 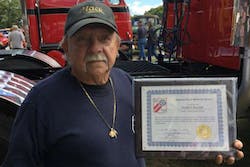 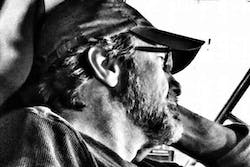