Desmond Doss was a pacifist who became a hero during one of World War II’s bloodiest battles, and his story is told in the Oscar-nominated movie Hacksaw Ridge, which was just released on DVD.

Directed by Mel Gibson and starring Andrew Garfield as Doss, Hacksaw Ridge has been nominated for six Oscars. It also was rated as one of 2016’s top 10 movies of the year by the American Film Institute.

Growing up a Seventh Day Advantist, Doss took to heart the commandment, Thou shalt not kill. Still, when WWII broke out, he felt compelled to serve and enlisted to be a combat medic. During basic training he was bullied and beaten by others who objected to his refusal to carry a weapon, but went on to distinguish himself by rescuing numerous wounded soldiers during fighting on Okinawa in the Pacific Theater. 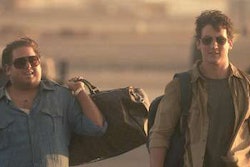 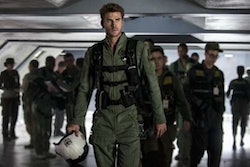