Like many drivers, trucker Daniel Shonebarger always knew he wanted to be behind the wheel of a big rig. When he got his CDL eight years ago, however, his children were still young and the timing wasn’t right for him to be over the road.

So after six months, he gave up the wheel and worked in warehouses. Now, his kids are grown and Shonebarger has returned to the job he always wanted. He hauls flatbed for Melton Truck Lines and was recently named a finalist for Truckers News‘ 2017 Trucking’s Top Rookie award.

“I put it off until my wife was ready and the kids were older,” Shonebarger said. “It was something I always wanted to do. It’s a passion of mine.”

In his warehouse job, Shonebarger said he spent a lot of time working with shipping and receiving. He was a yard driver which had him do a lot of backing and maneuvering into tight spots. He went into warehousing because it was similar to the work he did while he was in the Navy. Shonebarger served in the Navy from the time he was 18 until he was 26.

“That’s what I knew so that’s what I did,” he said. “What I really wanted to do was drive trucks.”

When he drove eight years ago, he was pulling a reefer. He knew this time around that he wanted something more physically active, so he went with flatbedding. He likes taking oversized and more difficult loads when he can.

“I always like a challenge. I always like taking the harder loads. Maybe going into an area, where maybe that load is legal, but where the going is crazy,” Shonebarger said.

Shonebargers says he pays attention to detail, which has helped him as a flatbedder.

“I’m very particular and organized. I’m very on point with everything, and I get annoyed if I’m not. That’s just the kind of person I am,” he said.

Because of all the different types of load securement in flatbedding, those organization skills get put to good use.

“Every load has to be secured differently or you have to use a different type of securement or tarps. It’s very diverse and that attention to detail and organization has definitely helped me out a lot. I guess I learned a lot of that in the military, as well,” Shonebarger said. 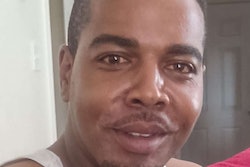 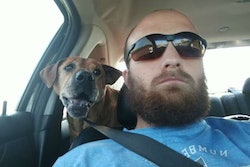 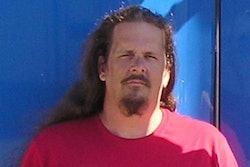 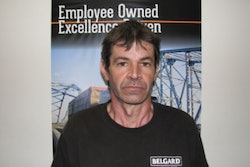