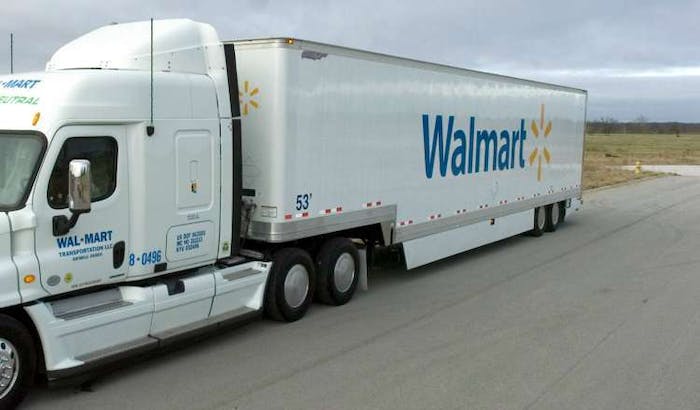 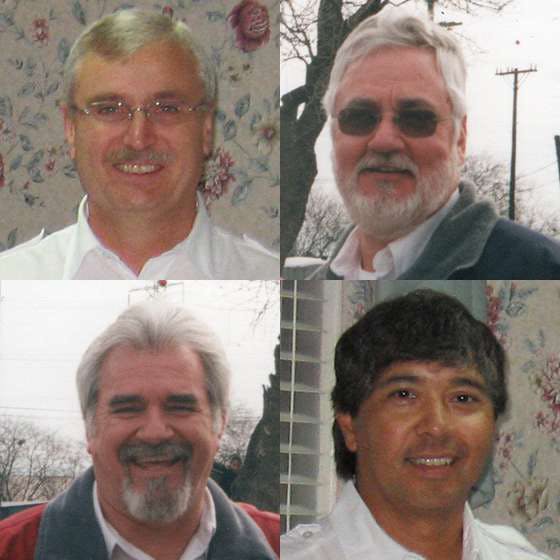 In 2006, four Walmart truck drivers came together in Seymour, Indiana, to brainstorm ways they could make a positive impact on the communities they serve.

They were originally there for a different meeting, but then they heard the story of Jack Scott. Scott was a sick boy whose mother had called her local Walmart with a dilemma: Her son needed to stay up all night for a surgery. The manager agreed to keep the store open all night, and a Walmart trucker who made a delivery to the store that night stayed with Scott and kept him company.

The four truckers — Rickey Oliver, Phillip Hargrove, Danny Ewell and Greg Carter — wanted to help sick and special needs children, as well. They came up with the Walmart Heart Program, making children participating in the program an honorary Walmart truck driver, providing them Walmart shirts as a uniform, and taking them on a truck ride.

“I don’t know who said this, but one of us said, ‘Look, that is a great story about what they did several years ago with Jack Scott, why don’t we do this as a program and we can touch more kids all over the United States with Walmart Transportation,'” said Oliver. “We had the right people at the right place and it all just came together at that meeting we were having.”

The four divided up the country and started visiting distribution centers to recruit drivers to participate. When it started, there were about 300 drivers in the program. Drivers can come and go in the program as they wish, participating at their leisure, so it’s unknown how many drivers total have participated since the program launched. The group estimates it’s well into the thousands now.

Hargrove said he thinks drivers almost get more out of it than the kids do.

“When you see the smiles on their faces, that’s what makes it really worth it. It’s kind of hard to explain how big a blessing it is just to see these kids,” Hargrove said.

The truckers also form relationships with the kids they make honorary drivers and keep up with their treatments and status. When the program was first getting off the ground, Carter made a high school-aged girl with brain cancer an honorary driver and took her for a truck ride. He gifted her a straw cowboy-style hat before their drive.

“I’d gotten her a straw hat, a cowboy hat, and I told her, ‘Now this is your driving cowboy hat. When you want to go truck driving, you’ve got to have you a good cowboy hat,'” Carter said.

When she passed away, Carter attended her funeral. When he walked up to her casket, he saw that straw cowboy hat hanging on her coffin.

“It makes a big impact on you. You become part of those families. They welcome you in. They know that our heart is trying to do the right thing. All we’re trying to do is offer a reprieve of the bad times and let people know somebody really cares about their children, about their family,” Carter said.

Everyone goes through personal issues, Ewell says, but participating in the Walmart Heart Program is often an eye-opening experience for drivers.

“What I found a lot of times, the drivers will go there and I think they’re expecting something totally different. When they get there a lot of times they realize, you know I was complaining this morning about my son or daughter or wife or work or this kind of thing. Now that I’ve been here at this Walmart Heart and I see this family and the thing they’re going through, the things I’m dealing with really don’t amount to a whole lot,” Ewell said.

The Walmart Heart Program has also inspired other charitable acts. Carter started a spin-off program called Feed Them for Freedom, an annual cookout for veterans and military personnel. The group has also hosted teddy bear giveaways and helped with Christmas charity events.

The four men agree the program has become a special mission for them; their way of giving back.

“It’s kind of a ministry. We’re truck drivers. It’s hard for us to make a difference in other people’s lives because of what we do, but this is one way to do that. It’s making a profound difference,” Ewell said. 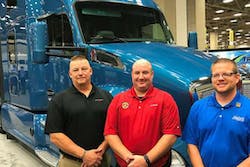 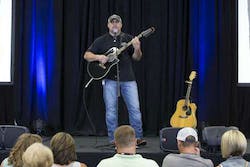 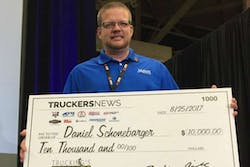 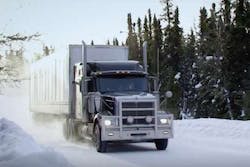