A trucker who took extraordinary steps to help a woman who was struggling to find her way to a family funeral has been honored for his highway helpfulness.

Victor Green, a driver with ABF Freight, Inc., of Fort Smith, Arkansas, has been named a Highway Angel by the Truckload Carriers Association for his efforts earlier this year.

TCA explained why Green was recognized:

On March 29, 2018, after a long day of work, Victor was returning to the terminal to park for the evening when he found himself in the middle of a potentially dangerous incident. He noticed a car sitting in the yard parked in front of his truck and an older woman waving her hand trying to get his attention. Assuming she needed directions, he cautiously approached the car and asked if there was anything he could do to help. The woman let Victor know that she was trying to get to Shreveport and didn’t know which way to go, so Victor pointed her to the interstate and told her to take 55 North to 20 West toward Shreveport.

The woman responded, “I don’t think I can do that. People have been giving me directions and telling me which way to go, but I always seem to get lost again.” This statement alarmed Victor and made him think there could be something wrong with the woman. She asked Victor if he could get in the car with her and show her which way to go. Victor let the woman know he was not able to get in the car with her, but he did walk alongside her and guided her to the interstate.

When the woman left the terminal, she immediately turned the wrong way. Now Victor knew something was wrong, so he jotted her tag number down, grabbed his bags out of the truck, and went inside. Victor quickly found his dispatcher and explained the situation. They called the police department in Byrum, where she was headed, but they said there was nothing they could do unless there was a report of something wrong or the woman had been missing for 24 hours.

At this point it was long past time for Victor to go home. “After a long day like that, you’re just really ready to go home, you know?” says Victor. “I got my bag, clocked out and started walking across the yard, and something poked me inside and said there was something more I needed to do,” he recalls. He got in his truck and decided to go look for the woman.

Victor headed toward Byrum on the frontage road to see if he recognized the car anywhere, even though it was very dark. After traveling several miles, he looked over the interstate and saw a car headed north with the interior light on. Something told him he needed to turn around, so he got back on the interstate and came up behind the car. It was the woman, driving about 30 mph on the interstate with people flying by honking at her, which almost caused several accidents. Victor continued to trail her with his flashers on as she turned onto different interstates, and called his dispatcher and the police department.

Finally, the woman pulled over because she didn’t know which way to go, so Victor was able to jump out of the truck and walk up to the car slowly, as not to alarm her. He called out, “Ma’am I don’t know if you remember me, but I’m the man who gave you directions earlier, and now I’m here to help you get to where you need to be.” He stayed with her and kept her calm while waiting for the police to arrive.

After Victor asked where she was trying to get to, the woman said her sister had passed away in Shreveport and she was trying to make it to the service that was tomorrow. This tugged at Victor’s heartstrings and he asked if there was anyone he could call to let them know she was alright. The woman gave Victor what he thought was her brother’s number, which she remembered, although it was her son, who was beyond appreciative for tracking her down. Her son confirmed she was not supposed to be driving, especially at night, as she gets confused and cannot see clearly. The police department arrived on the scene and began talking to the woman as well as her son, so Victor knew she was in good hands.

In response to what motivated him to help that evening, Victor says, “The Spirit led me to do what I had to do or else someone could have been hurt or lost a life. I wasn’t doing it for any recognition or anything. I have a mother and you just don’t want to see anyone in this situation in their life. I may never see this lady again, but we are all God’s angels. He watches over us, and by him telling me to protect and watch over a stranger, I feel like that particular day I was her angel to get her on the right track.”

For his efforts, TCA has presented Green with a certificate, patches, lapel pin, and truck decals. ABF Freight, Inc. also received a certificate acknowledging him as a Highway Angel.

EpicVue sponsors TCA’s Highway Angel program. Since the program’s inception in August 1997, hundreds of drivers have been recognized as Highway Angels for the exemplary kindness, courtesy, and courage they have displayed while on the job. 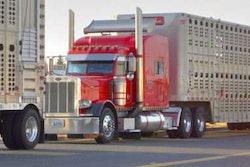 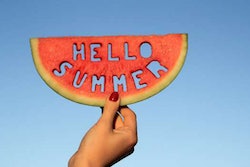 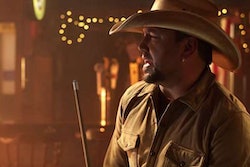 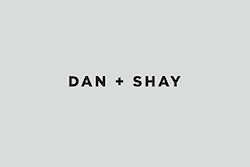