American truck drivers and some from as far as Australia are coming together to show their support for 16-year-old Dakota Cadd, from Milton, Wisconsin.

Dakota sits in his wheelchair in his family’s front yard located alongside Highway 26 and waves at truckers for hours as they drive by, trying to get them to blow their horns. Dakota has Dandy-Walker Malformation, which affects brain development and movement coordination. He has an inoperable cyst in his brain and experiences seizures. He had to have a major surgery this past Spring and couldn’t go outside to wave at trucks, but that didn’t matter to the drivers.

“He’s got his guys that regularly come and honk for him. He had a really major surgery this Spring on both legs and he had casts on both legs for weeks,” said his mother, Peggy Cadd. “He couldn’t get outside but his truckers would still honk when they went past. I really think that helped him want to get back out there.”

Peggy said Dakota has loved trucks since he was very young.

“If it’s not raining, he’s out there and has got his arms going. He’ll give the truckers a thumbs up if they honk for him or he’ll say ‘bummer’ if they don’t honk for him,” Peggy said.

Retired truck driver Jeremy Wallenkamp lives about four miles away from Dakota and got the idea to throw a small cookout for him and bring out a few trucks. Wallenkamp posted to Facebook requesting trucking hats, shirts, and other items for Dakota. He expected to hear back from a few local trucking companies, but the post went viral among online trucking groups and Dakota has been flooded with support from the trucking industry. Truckers have been visiting Dakota and giving him gifts, and he’s received support online from “truckies” in Australia and New Zealand.

To celebrate Dakota’s upcoming birthday, Wallenkamp organized the “18 Wheels For Bubba” scheduled for Saturday, Aug. 18. Wallenkamp is expecting 150 trucks and as many as 1,000 truck drivers to participate in the event. He says he has even heard from the Owner-Operators Independent Drivers Association, which will have a representative on site at the event to present Dakota with an honorary membership.

“It’s overwhelming. I’ve never seen the trucking industry come together the way it has for this event,” Wallenkamp said.

Truck driver Jeff Seichter gave Dakota a handheld CB radio so that he can talk to the truckers driving by, and when they honk their horns he tells them “Thank you!”

“It’s really renewed some of my faith in humanity. I’ve cried every single day. When I think it can’t get any bigger, someone else sends him another gift or they want to do something for him. It’s been amazing,” Peggy said.

The “18 Wheels For Bubba” event is set for Saturday at Schilberg Park in Milton. Trucks may start arriving at 6 a.m. and the cut off will be 11 a.m., because the event will start at noon. Trailers cannot be parked at the park but trucks are welcome. Wallenkamp has arranged for a private, secure space for drivers to drop their trailer so they can bobtail to the park.

Milton is located in south central Wisconsin just off I-90 north of Rockford, Illinois and southwest of Milwaukee.

“I just want (Dakota) to smile. I just want to show him the support from our industry that he deserves. He loves trucks. There’s a lot of great people in the trucking industry, and we just want to be there and support him and stand next to him,” Wallenkamp said.

In addition to the birthday event, Wallenkamp has also organized a fundraiser to support the local school system. He is collecting school supplies in Dakota’s honor and is raising money to donate to cover school lunch accounts. 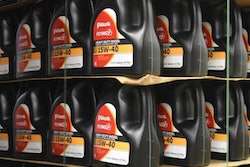 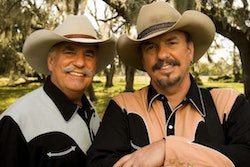 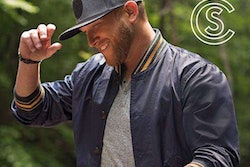