Three professional drivers were recently honored by the Truckload Carriers Association’s Highway Angel program for helping those in need as they went about their driving duties.

Smallwood was near Coal City, Illinois one morning in January with a load bound for Georgia. It was a beautiful clear, sunny day, he shared. “As I went down a hill, I looked straight up and saw dust flying overhead,” he said. “I knew something had happened up ahead. I had a propane tanker behind me, so I got on the CB and advised that he slow down. I slowed to about 30 mph.” As he approached the scene, Smallwood noticed a car on the right and someone lying on the ground. Off to the left, the cab of a grain hauler was in the ditch and the trailer was resting on railroad tracks. “The way the truck was positioned, he was probably northbound and the car was coming out of a side road. I think the truck maneuvered to try to avoid the car.” 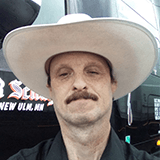 Smallwood set his four-ways and brakes, jumped out, and ran over to check on the driver of the car. “He said he was hurting,” said Smallwood. He ran back to his truck and grabbed a new fleece blanket from the sleeper. “I covered him up and told him not to move. I needed to go check on the other driver. The cab of the truck was mangled, just a wreck,” he recalled. “Diesel fuel was leaking from the fuel tank.” He rapped on the window of the truck but couldn’t get a response from the driver. He carefully opened the door and saw the driver had a cut to the forehead and was bleeding badly. Smallwood helped him out of the truck. By this time there was a line of cars behind the propane tanker. “There were nurses who stopped to help,” he said. They attended to the driver of the car as Smallwood walked the truck driver a safe distance away. Later, he learned a train was coming down the tracks, but had been stopped 20 minutes away. 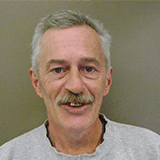 Jan. 30 found David Hill on Interstate 29, just north of Fargo, North Dakota. He was coming from Winnipeg, bound for the southern end of Wisconsin. “There was some ice on the roads, so I was only going about 55 mph, under the speed limit,” he recalled. “I was taking my time, cruising along. I saw a car come up beside me. She wasn’t speeding, but as she changed lanes to come back into the right lane, she hit a patch of black ice in the center of the road.” Hill slowed and watched as the car was thrown toward a snowbank on the right. “She flew through it like a tornado,” he said, “and went about 100 yards off the road into a field.” The car spun out and ended up on its driver’s side. “I stopped and bailed out of my truck in my running shoes and went barreling through snow up to my knees.” When he got to the car, he found that the passenger side door nearly ripped off the car.

Hill says the driver was a 16-year-old young woman. “She was scared pretty good and screaming for help. I told her I was there.” He climbed up on the vehicle and stood on the windshield wipers. “She was laying there against the driver’s door, covered in snow. She was only wearing a t-shirt and jeans, the kind with holes all over them.” Hill jumped down into the back seat, calmed the young woman, unbuckled her, and helped her from the vehicle. “I grabbed her coat from the back seat and we found her boots that had flown out of the car and she put those on. It was pretty cold, below zero. I got her back to my truck and kept her warm until the State Troopers got there. She wasn’t hurt, only a couple bumps on her head and some scrapes on one arm.” She told Hill she was on her way to work. “Being 16 years old, a crash like that, she was lucky,” he said.

Since getting behind the wheel at age 21, Goodman has seen it all. But what happened on a beautiful clear day in March hit him the hardest. He was leaving Justin, Texas on I-35, heading north toward home. As he drove across a bridge, he saw a small red car across the way, stopped in the slow lane of southbound traffic. “She was in the middle of the lane with her hazards on”. He can only speculate as to what was wrong, but he knew she was in danger given the heavy traffic. “I was yelling on the radio to warn southbound (truck drivers) about what was ahead of them, but nobody runs with CBs anymore.” All he could do was watch helplessly as a semi truck came barreling down the road. “He hit her so hard,” he recalled. “I don’t know why he didn’t see her. It was a straight stretch of road.” He said the car shot like a missile down an embankment and into a patch of trees. 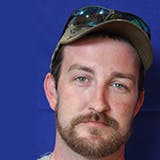 Goodman pulled over to the median as the other truck drove another 500 yards down the road. He ran across the road and down the embankment. “I got to the car and it was just a mangled mess,” he said. “The roof was caved in and the door was pinched in on her. She was groaning and still conscious. I don’t know where I got it, but I was able to pull the door open and pry the roof back and get into the vehicle to assess her condition.” Goodman is a former EMT. “She had a faint pulse and didn’t have a clear airway. She was so twisted up in the car I couldn’t secure her to get her out.” Goodman believes the driver was in her 30s. “I tried to comfort her to let her know someone was there with her … she was fading fast. I wish I could have done more. I feel horrible for her family.” He said she passed away about 30 minutes later.

“Doing this job you see a lot of stuff. Nothing can really prepare you for being put in that situation. You want to be able to show a little compassion. If it means losing an hour of drive time, well, tomorrow is a new day. Right now I’m on my way back to Texas. I made a cross for her. I noticed when I went through last week there was nothing there for her. I’ll put it on the side of the road for her, ”

For their willingness to assist others, TCA has presented each trucker with a certificate, patch, lapel pin, and truck decals. Their employers also received a certificate acknowledging their driver as a Highway Angel. 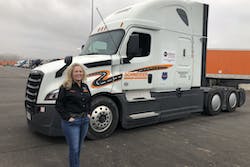 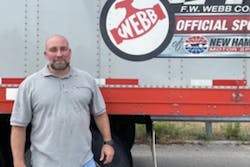 Truck driver helps get stranded family of ducks to safety 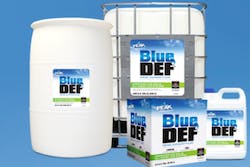