Before she could be confirmed by the full Senate, Meera Joshi, acting administrator of the Federal Motor Carrier Safety Administration, is leaving the post to accept a position as a deputy mayor of New York City. She'll leave her federal post at the end of next month.

Joshi, nominated by President Joe Biden in April to serve as the agency's full-time administrator, has served as FMCSA's acting administrator since January. She was overwhelmingly confirmed in October by the U.S. Senate Committee on Commerce, Science and Transportation to take on the role full-time. Her nomination and those of others have been on the back burner as the Senate wrestled with major legislative efforts of the Biden administration.

FMCSA hasn't had a full-time administrator since Ray Martinez, who stepped down from the post in October 2019. The job has since been held by Jim Mullen, Wiley Deck, and Joshi, each as acting administrator.

“Meera Joshi has led FMCSA through historic times — as an unprecedented global pandemic, countless natural disasters, a cyberattack on a major domestic pipeline, and widespread workforce shortages challenged the freight economy in ways never before seen," said American Trucking Associations President and CEO Chris Spear. "Throughout her tenure, the trucking industry has found Deputy Administrator Joshi to be a candid, collaborative, and valued partner in government. Her use of data and stakeholder input drove a sound policy process designed to meet real-world needs. Her leadership has helped to ensure our industry could continue to safely serve the American people and meet the demands of the economy during these incredible times."

A spokesperson for the Department of Transportation (DOT) said the agency was grateful for Joshi’s leadership this past year at FMCSA, applauding her for engaging "with truck drivers and the motorcoach industry to chart a clear path for FMCSA to address our supply chain challenges, improve driver safety and job quality and has built a strong team at FMCSA who will help build on this foundation."

Joshi's ascent to the role of deputy mayor for operations of the most populated city in the U.S. is a homecoming for her. She previously served in several city administration positions, including on Taxi and Limousine Commission, which regulates the city’s taxis, for-hire vehicles, commuter vans, and paratransit vehicles.

Joshi was one of five women introduced to the media today by Mayor-elect Eric Adams.

"For us to ensure that this city recovers quickly while addressing the inequalities that plagued us well before COVID-19 struck, we must have top leadership that can both deliver for New Yorkers and is representative of New Yorkers," Adams said. "Representation matters. Perspective matters. My administration will understand the people of the city it serves - and each of the people I am appointing today has the experience and skills to help us turn this city around the right way."

Joshi, along with DOT and FMCSA, were set to play a key role in President Biden's Trucking Action Plan, which seeks to attract and retain workers to the trucking and transportation industries.

A graduate of the University of Pennsylvania and its law school, Joshi was a visiting scholar at the Rudin Center for Transportation Policy & Management in 2019.. In 2020 to 2021, Joshi was a principal at Sam Schwartz Engineering, a transportation consulting firm. 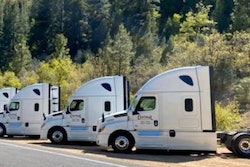 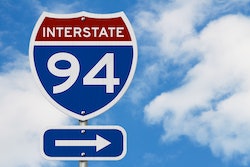 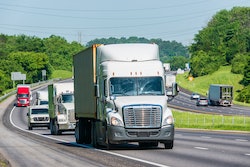 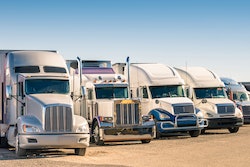