Eric has been a hard-driven truck driver for 21 plus years, old school. He never complains, never turns down a load but most of all he will go without to give others or to put a smile on someone’s face. Our 11-year-old granddaughter passed away March 30, 2016 with a very rare cancer that she was diagnosed with just six months before. She and her 8-year-old-brother are this man’s world. She asked him to come home just before her unexpected passing. He turned his truck keys over to the company he’s leased to that day and came home to her in Pennsylvania. No questions asked, no plan for the next day other than getting home to Gabby. He and I were only together four years and he claimed my grandchildren as his from day one and, oh, how they love him. Our grandson Mason looks up to him. He is back at Steelman. He’s always helping fellow driver’s and he has the backs of the older drivers. He respects the road and his truck. He runs in Make A Wish runs also. 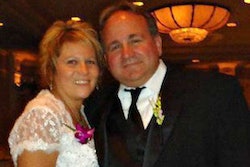 Kevin Martin: ‘Puts his heart and soul in everything he does’ 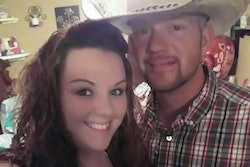 Charlie Redgrave: ‘Thank you, babe, for all your hard work’ 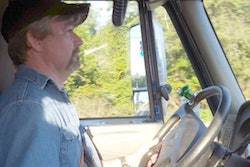 Jason Romer: ‘Smile on his face and never complains’