Jeffersonville, Indiana-based Mister “P” Express is building a new driver training facility to increase the number of students it can train.

The fleet’s previous facility could accommodate 20 people per class. The new building will increase that number to 105 students per class with a new class starting every two weeks. CEO Cynthia Collier said the company is building the new facility to help address the growing demand for truck drivers.

“This is all stemming from the driver shortage which has become a critical nationwide issue at this point,” Collier said.

The recent ELD mandate is also further contributing to the driver shortage, she said.

“They don’t like it. They don’t like working with it, so a lot of people are leaving the industry entirely. So it’s even more imperative we take care of this,” Collier said.

Mister “P” Express trains its own drivers as well as drivers for its partners, such as Amazon.

“We actually are interested in handling training for other companies. There are a lot of companies that have a need for their own drivers so they need to have drivers trained as well,” Collier said.

Students participating in the program begin in the classroom learning laws and logging, then they graduate out to the yard. They practice backing and maneuvering the tractor before going on to train with a city driver and an over the road driver. They spend four weeks at the facility before starting road training with a driver trainer. The course is 120 hours and tuition is $3,995.

“They’re put with a city driver for a couple of weeks and then they switch over to over the road. Sometimes they reverse that and they start out over the road. It’s very important that they have that city experience because they get a lot more practice backing into docks that way,” Collier said.

The new facility will be located at 301 Lewman Way in Jeffersonville, about a quarter mile from Mister “P” Express’ main campus at 801 Trey Street. It is set to open in the fall. 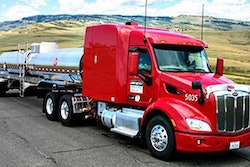 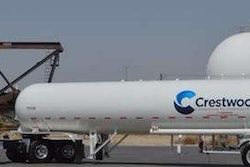 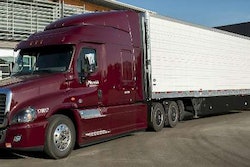