President Joe Biden earlier this week rolled out a plan to help trucking companies recruit and retain drivers as well as address some other nagging supply chain issues, and the industry is having its say. Both truckers and organizations serving the industry have weighed in on Biden's Trucking Action Plan.

Organizations generally approved of the effort that leans heavily on creating apprenticeship programs and attracting different groups to the driving profession including women, veterans, and younger drivers.

Trucker sentiment was far less supportive. Many suggested recruitment and retention issues could be solved by increasing trucker pay. They also voiced their political opposition to Biden and more government involvement in their jobs and the industry. And, they spoke out on other issues not included in Biden's plan.

“The Biden Administration realizes that it takes more than nine tiny reindeer to deliver Christmas on time and to address the supply chain issues that are plaguing America’s economic recovery," said CVTA President and CEO Bailey Wood. "By fixing the CDL backlog at DMVs, we can make strides to address the 80,000-truck driver shortage. The Administration’s focus on registered apprenticeships is a positive step but the effort will only be successful if it is coupled with additional funding to support CDL training on a significant scale.”

Wood participated in a recent White House roundtable to urge the Biden Administration to address the truck driver shortage. CVTA has pushed for the federal government to take a more aggressive role to address the backlog of delays at state driver licensing agencies.  The White House announced steps to address the driver shortage by investing more than $30 million to expedite CDL tests and processing as well as sending all 50 states a toolkit detailing specific actions they can take to expedite licensing.

"The fact that the Biden Administration is acting to reduce the DMV backlogs is a huge win for America’s economy, the trucking industry, and CDL schools across the country,” said Wood.

“We are encouraged that the Biden Administration has not only recognized the importance of adding new and well-trained Americans to the trucking workforce, but has announced a path forward with what we believe will become a robust training opportunity for future commercial truck drivers.

“Using apprenticeships will help any American pursue a career in this great industry for good wages and benefits in a safe manner without the significant debt many jobseekers can sometimes incur.

“We applaud the Biden Administration for taking these important steps and we look forward to working with them to ensure a smooth and rapid implementation of the commitments made today.”

When OOIDA President Todd Spencer attended the White House event Thursday, Dec. 16, he said the federal government ought to focus on driver pay, especially when it comes to delays and detention.

“It’s not unreasonable for drivers to be expected to pay for their time on the job,” Spencer said in a video on Facebook video before the meeting. “It’s too frequent and too common that drivers are held for as much as 30 hours a week simply trying to get loaded and unloaded. Those core issues need to be addressed, and we certainly want to be at the table to make sure that those issues are not only considered but acted on.”

Drivers Have Their Say

To no great surprise, trucker reaction was swift and pointed when the story of Biden's plan was posted to Facebook. There were numerous comments, many of which were critical of Biden and the federal government's involvement in the trucking industry. And, many focused on other issues that frustrate drivers. (Some comments are edited for brevity and clarity. Many were such they cannot be posted here.)

Jim Houser: You want to see a stronger trucking workforce? That's simple: get the government out of the equation. We had better more skillful and more plentiful truck drivers until they decided to create the CDL under the guise of making better truck drivers. Now you can get your license in threee weeks and they say it's perfectly fine. I was nearly born in a truck and we were taught by someone that knew how to drive knew the rules and the courtesies of the road and it has all been forgotten or purposely destroyed. They're trying to turn it into another cookie-cutter position.

John Fagenbush: Want to attract, and keep more drivers? 1. Better pay 2. No more teams (unless couples choose to do it) 3. Deal with the parking issues 4. Deal with shipper and receiver issues 5. No more OTR! Every driver should be home at least every week 6. Stop allowing insurance companies and truck manufacturers to shove annoying "safety" BS like adaptive cruise control ... Not asking too much, right?

Clint Tunez Miner: Start making things in America. Oh yeah right. You have to have people that work and have pride. ... prides' gone ... work ethic gone ... factories gone ... supplies gone. There is nothing left here but to drive west to east and east to west and wait ... and wait.

Joe Stinnett: To bad they won't actually listen! Change some of the HOS! Companies need to give drivers more freedom instead of dictating every move they make with the truck! Get the cameras out of the trucks! Quit looking over the shoulder of your drivers!

Robert Anderson: Most regulated business in the country. The ELD was the final nail in the coffin. Rules made by people who (have) never operated a truck in their life and don’t have a clue about the trucking industry, and just when you think it can’t get worse we get Biden and Buttigieg.

Shawn Newell: Hey, Joe, just get the hell out of the way and let the professionals handle it ...

Theodis J Ealey: It doesn't matter how many truck drivers you have if they are waiting at the dock for hours. Make mandates on detention time and watch how many trucks become available.

RJ Allen: #1 problem: They have no place to park. Not addressing that problem

Charles Deaton: If the Government really wants to Accomplish this then start by getting rid of some of these BS Regulations forced upon us.

Eugenio Gonzalez: Waste of time and money if (you) don't regulate shippers and receivers. People are going to keep quitting after a bad day or night sitting in a dock waiting for nothing.

Vince Beard: Hope he gives us our per diem back.

Matt Frank: And what are the real problems? Oh yeah, too much government. Duh. 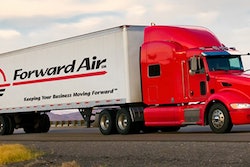 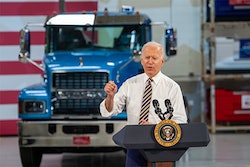 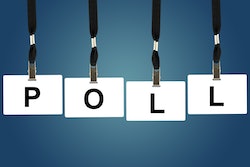 Survey: Will it be a new job in the new year for you? 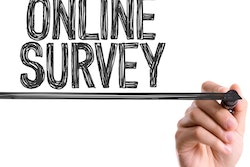 What do you think about changing jobs this time of year?