Trucker helps out at accident scene; credits mother with his training

A North Carolina trucker has been recognized for his actions at an accident sc dene earlier this year.

The Truckload Carriers Association recently named Logan Hughes, from Jacksonville, North Carolina a Highway Angel for stopping to help at the scene of an accident after a driver crashed into a highway median.

Hughes had just merged onto 1nterstate 40 outside of Knoxville, Tennessee early one evening in late April on his way to Nashville. “I’m cruising in the middle right lane when a car comes up on the entrance ramp and hits the guardrail and goes through three pillars,” he said. “Then when he hit the fourth, the car went up on its nose and fell on its right side and then landed on its tires.”

Hughes quickly moved to the shoulder and put on his flashers. “I grabbed my first-aid kit and fire extinguisher and ran back toward the action,” he recalled. He found that two other vehicles had sustained damage from flying debris from the first vehicle. “It looked like the drive axle came flying and popped their tires,” he said. After checking on the drivers he hurried over to the first vehicle.

“The driver was rubbing his head and groaning,” he added. “He was trying to get out of the car. I told him not to move — not his head, not his big toe or anything because he could have a serious spinal injury and not even know it.” The driver told Hughes he had looked down at his phone for a moment and before he knew it he had hit the metal guardrail. Hughes stayed with the driver to keep him calm until first responders arrived on the scene just a few minutes later.

Hughes credits his mother for teaching him first aid. “My mother was an ER nurse for over 20 years,” he said, “and was adamant about teaching me and my brothers so that if there was an accident we would know what to do. I’ve seen a lot of messed up stuff out here and I’m glad I can do something to make the roads a little safer.”

Hughes has been driving for two years. “I’ve wanted to be a truck driver since I was knee-high to a grasshopper,” he said. “I couldn’t see myself doing anything else. Me and my dog, Chance, are out here lovin’ every minute of it.”

TA Express in the works for I-15 in Utah 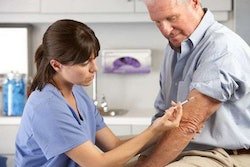 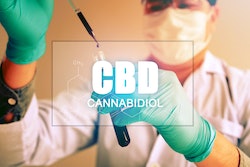 FMCSA reminds truckers of possible problems with use of CBD 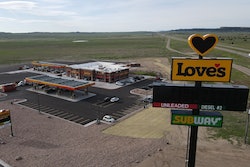