A Texas trucker's actions at the scene of an accident that left a state trooper trapped in his patrol vehicle is being recognized by a national trucking organization.

The Truckload Carriers Association recently named truck driver Gary Wilburn, from San Antonio, Texas, a Highway Angel for stopping to offer aid to an Arkansas State Trooper who had been in a serious crash, was injured, and was pinned inside his car.  Smith drives for Anderson Trucking in St. Cloud, Minnesota.

On Oct. 4, at around 4:45 p.m., near Forrest City, Arkansas, Wilburn was driving very slowly in heavy traffic. He came across a crashed Arkansas State Trooper’s vehicle on the side of the road. All other motorists were passing the vehicle without stopping to check on the driver.

“I was in traffic for an hour before I saw the trooper,” Wilburn said. “Some of the stuff I noticed was insane – no one’s calling the police, cars are driving by and no one stopped to help him.”

Wilburn called 911 and stayed with the trapped police officer until emergency personnel arrived and he was airlifted to a local hospital.

Though Wilburn didn’t see the accident that caused the officer to be injured, he was appalled that no one else stopped to help.

“It just makes me mad – all those people who passed by him without calling or helping,” Wilburn said. “I’m that idiot that runs into burning buildings and pulls out pets – when I see something like that, I can’t keep going on about my day.”

Since the program’s inception in August 1997, nearly 1,300 professional truck drivers have been recognized as Highway Angels for exemplary kindness, courtesy, and courage displayed while on the job. Thanks to the program’s presenting sponsor, EpicVue, and supporting sponsor, DriverFacts, TCA is able to showcase outstanding drivers like Wilburn. 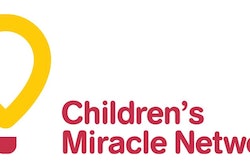 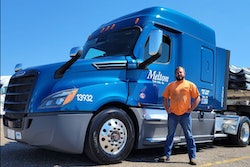 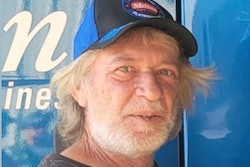