Editor’s Note: This is part four in a four-part series on sleep apnea and continuous positive airway pressure machines, or CPAPS. Truckers News spoke with truck drivers about the practical experience of wearing a CPAP and what they think other drivers should know about these devices. You can read part three here.

When he was diagnosed with sleep apnea, trucker Joey Real’s insurance stepped in and covered the full cost of his machine. He knows he was fortunate in that regard. The general upkeep of the machine has also been relatively inexpensive, he said. He’ll be due to replace his mask soon and was able to find it on Amazon for $45. The distilled water he buys for the humidifier in the machine runs him about 88 cents for a gallon at Walmart.

“I imagine the initial investment, if your insurance doesn’t cover the unit, could probably be a little pricey. I don’t know how much they go for. The initial investment if you had to pay out of pocket for it would be the only downside. After that it’s very inexpensive,” Real said.

Trucker Terry Batchelor wasn’t as lucky when he bought his CPAP. He paid $1,400 for his device. He worked out a deal where the expense was averaged out over a 12-month term. He paid a small portion each month instead of the full amount upfront, which made it more affordable.

“They averaged that out over a 12-month period so the payment every month was almost nothing,” Batchelor said. “Compared to the damage I was doing to myself and the benefit the machine gave me, the cost was absolutely nothing.”

Batchelor got his CPAP machine through a hospital and the monthly amount he paid was around $120. He has not had any issues with his machine since he bought it. The only other things he’s had to buy have been the plastic nose pieces, because that plastic eventually dries out over time. The filters on the machine have to be replaced from time to time, Batchelor said, and he’s had to replace the hose once.

“The machine itself is the same original machine that I bought. I think they call for those to last like five years or something before you have to think about replacing those,” Batchelor said. “I’ve never had a problem with mine breaking down or anything like that. It’s a real trustworthy little piece of equipment.”

CPAP machines and their parts come at different prices and are often covered in part or in whole by insurance providers. You should check with your benefits administrator to see what your coverage provides. 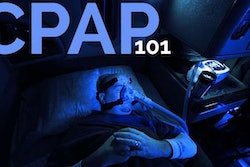 CPAP 101, Part 2: Are they invaluable or inconvenient? 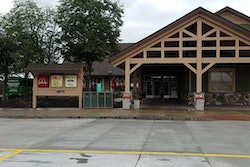