Wal-Mart cites lack of seatbelt use in Morgan crash

James Jaillet
Sep 30, 2014
A 3D laser rendering from NTSB of the two key vehicles involved in the June 7 crash.

Wal-Mart and its Wal-Mart Transportation have denied negligence allegations brought in a recent lawsuit by Tracy Morgan and others involved in a June 7 crash that left comedian James McNair dead and Morgan and others critically injured.

The private carrier and retail giant also claims as a defense to the suit that Morgan, McNair and others were not wearing their seatbelts when the crash occurred.

“Upon information and belief, plaintiffs’ injuries, if any, were caused, in whole or in part, by plaintiffs’ failure to properly wear an appropriate available seatbelt restraint device. By failing to exercise ordinary care in making use of available seat belts … plaintiffs acted unreasonably …” according to Wal-Mart’s legal defense, filed Sept. 29. “Accordingly, all or a portion of the injuries could have been diminished or minimized by the exercise of reasonable conduct in using the available seatbelts.”

The crash happened on the New Jersey Turnpike when a Wal-Mart Transportation truck and trailer driven by Wal-Mart driver Kevin Roper rear-ended a Mercedes van carrying Morgan, McNair and others.

Roper reportedly had been awake for 24 hours preceding the crash, but the National Transportation Safety Board in its preliminary report said Roper was within federal hours-of-service limits. He did, however, have to commute 700 miles in his personal vehicle from his home in Georgia to a Wal-Mart terminal in Delaware to begin work the morning of June 7.

The July 10 suit filed by Morgan and other survivors of the crash alleges Wal-Mart should have known about Roper’s odd commute and therefore was negligent in allowing him to drive.

The suit claims Roper fell asleep at the wheel before hitting Morgan’s van.

The plaintiffs also allege Wal-Mart drivers regularly violate hours-of-service limits, and that the practice is condoned by the carrier.

In its Sept. 29 filing, Wal-Mart denied all the allegations brought in the suit and says it is not liable for the crash and any damages requested by Morgan and the other plaintiffs.

Roper has been charged with vehicular homicide and assault by auto in the case and has pleaded not guilty. The preliminary NTSB report says Roper was traveling more than 20 mph over the 45 mph speed limit.

The crash also came days after a Senate committee voted to include an amendment in its annual Department of Transportation Funding bill to suspend the 34-hour restart provisions implemented by the 2013 hours-of-service rule changes, sparking Sen. Cory Booker to propose an amendment to strip the other amendment from the bill.

The bill has not seen any action since June, however. 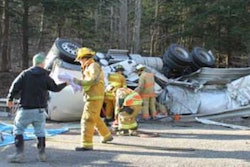 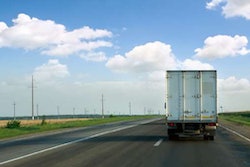 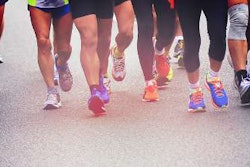 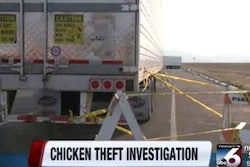