Trucks from the earliest days of the 20th century to some of the latest models continued rolling into the sprawling Expo Center in York, Pa. today (May 28) as the American Truck Historical Society (ATHS) annual convention opened.

Trucks of all makes, models and vintages are on display at the ATHS convention in York, Pe.

ATHS Executive Director Don Bretthauer said the organization had 750 pre-registrations for trucks to exhibit. He expects between 1,000 and 1,200 to fill the grounds of the Expo Center for the show that runs through 6 p.m. Saturday (May 30). That number is up by about 400 over last year’s show, said Bretthauer.

Several of the 1,200 trucks to be on display at the ATHS convention through Saturday.

Making this year’s show unique – and popular with vendors and visitors alike – is that many of the oldest antique trucks and most of the vendors are in the air-conditioned exposition hall.

Aside from the custom, vintage and antique trucks on display, this gathering of the 25,000-member national organization offers several informative seminars and a chance to meet one of the best know truckers ever to drive over the ice roads of the Canadian northwest and Alaska.

They will repeat their presentations Friday.

Drawing a crowd in the exposition hall was Alex Debogroski, one of the stars of the hit TV show, Ice Road Truckers. He was signing autographs and having photos taken with fans. He is also the keynote speaker at Friday night’s ATHS awards dinner.

His appearance is sponsored by Five Star International.

Making all of this possible is a small army of volunteers, mostly members of ATHS chapters.

“We couldn’t do all of this without the volunteers,” said Bretthauer. He said more than 150 are helping stage the show.

For your planning purposes, next year’s ATHS convention will be held in Salem, Ore. The dates for the show are May 26-28.

One of three trucks at ATHS convention from I80 Trucking Museum in Walcott, Iowa 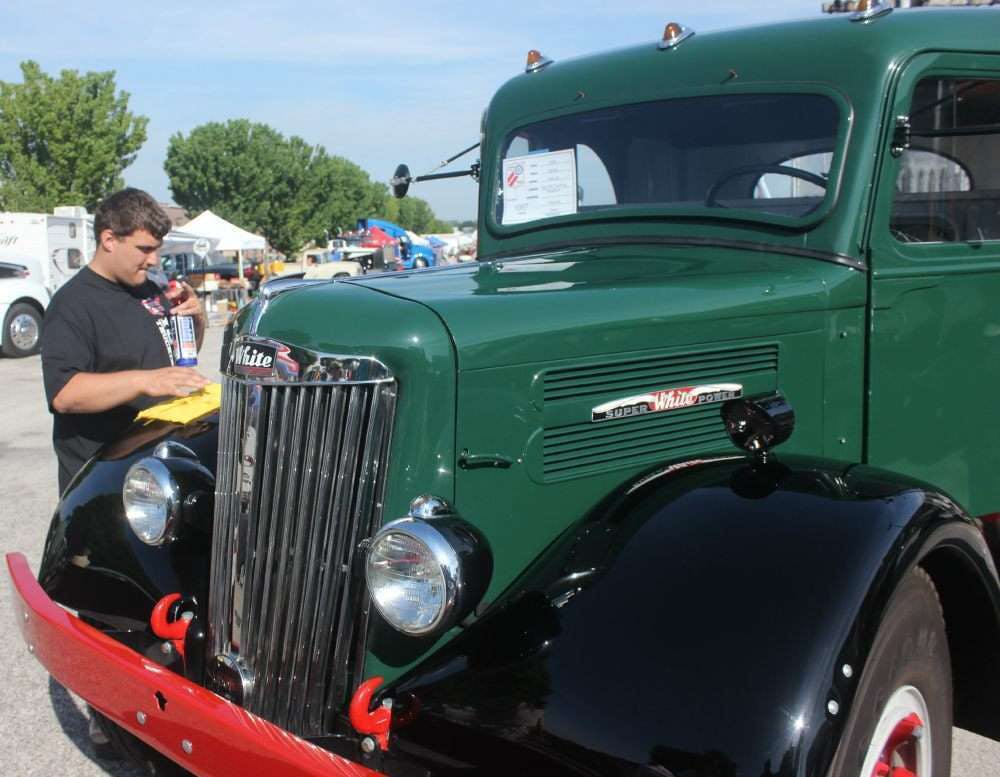 Bill Moon readies one of the I80 Trucking Museum's trucks 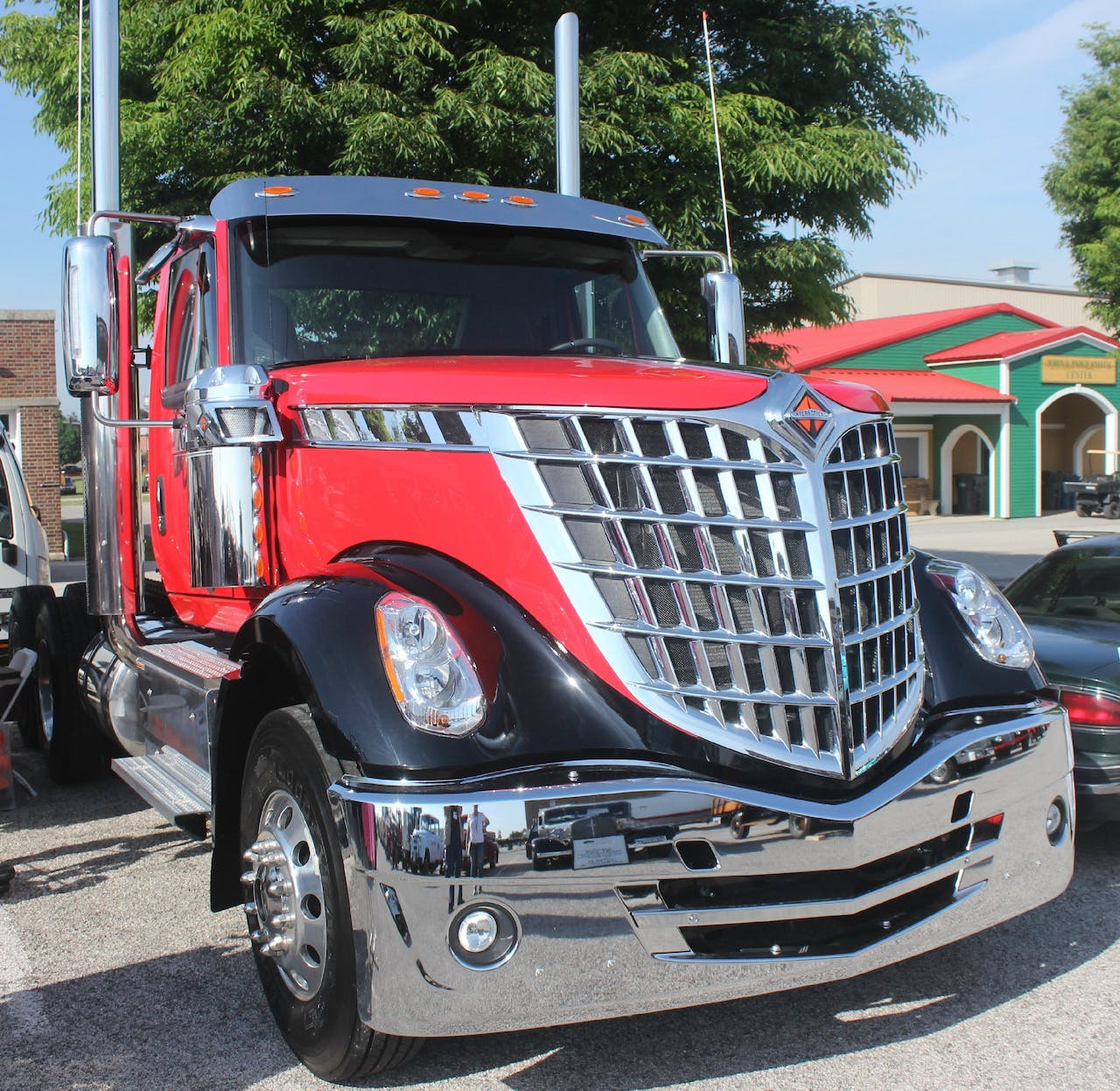 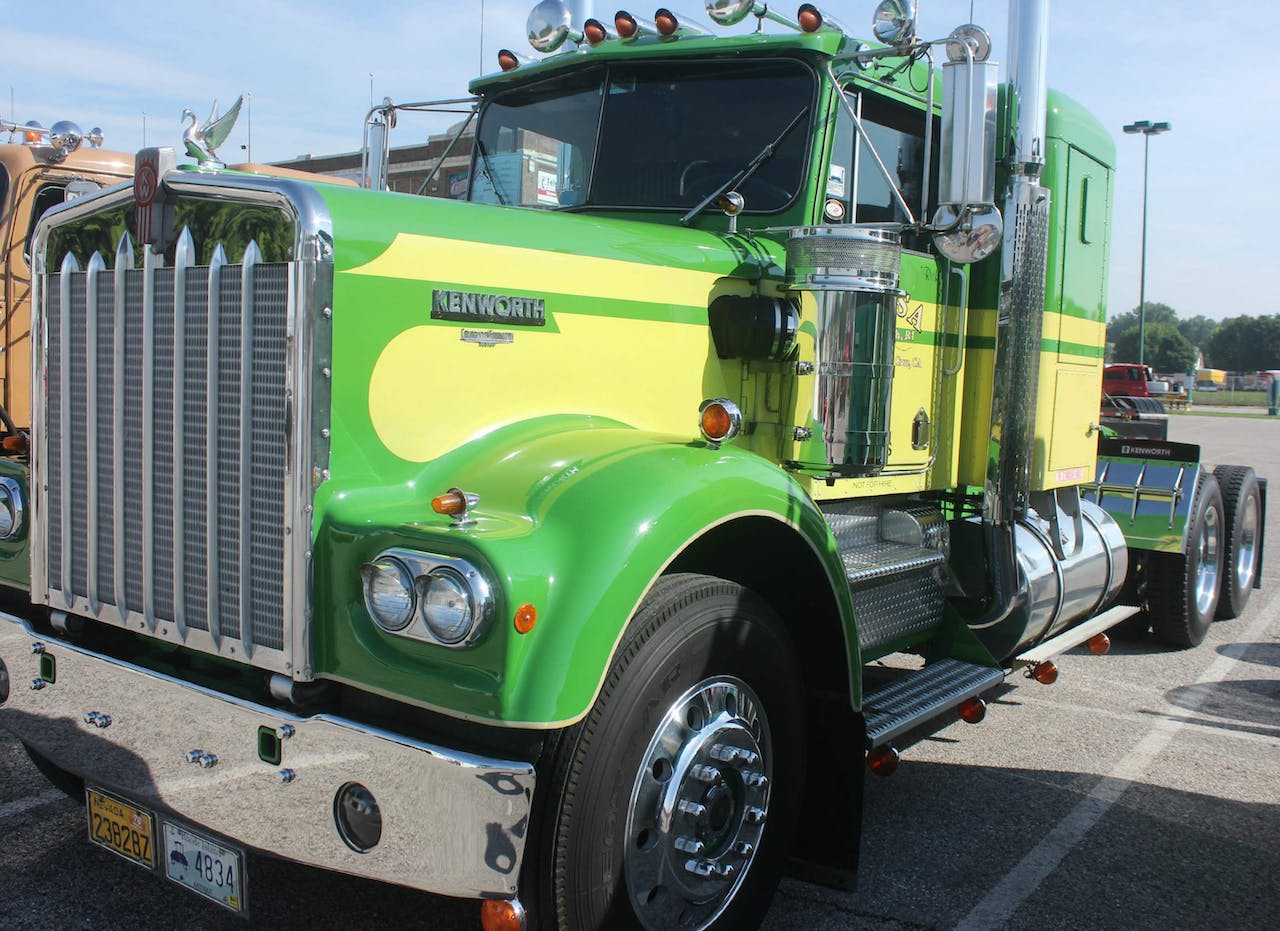 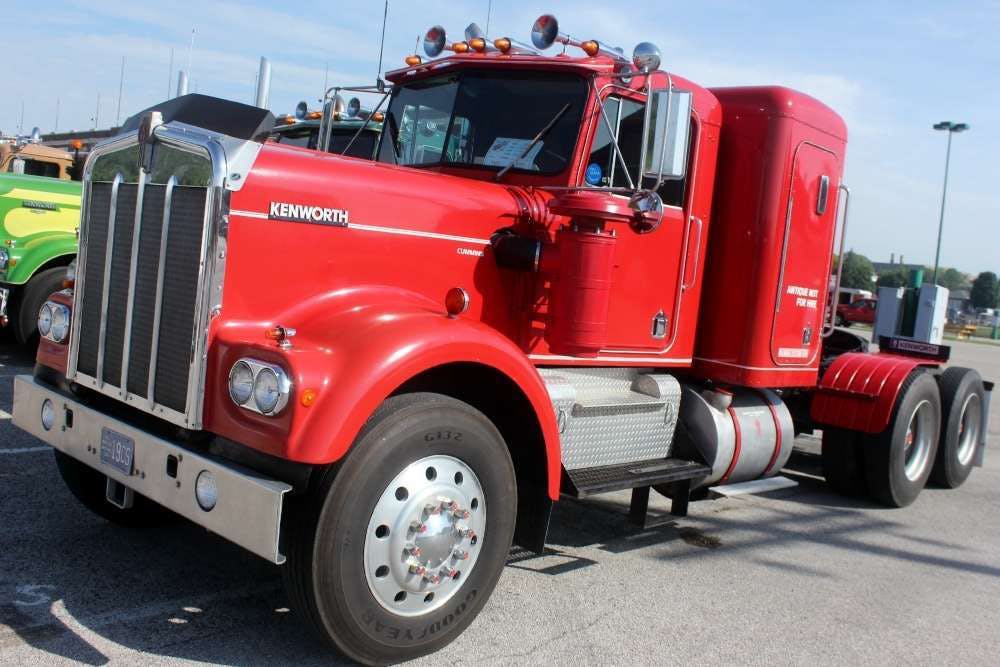 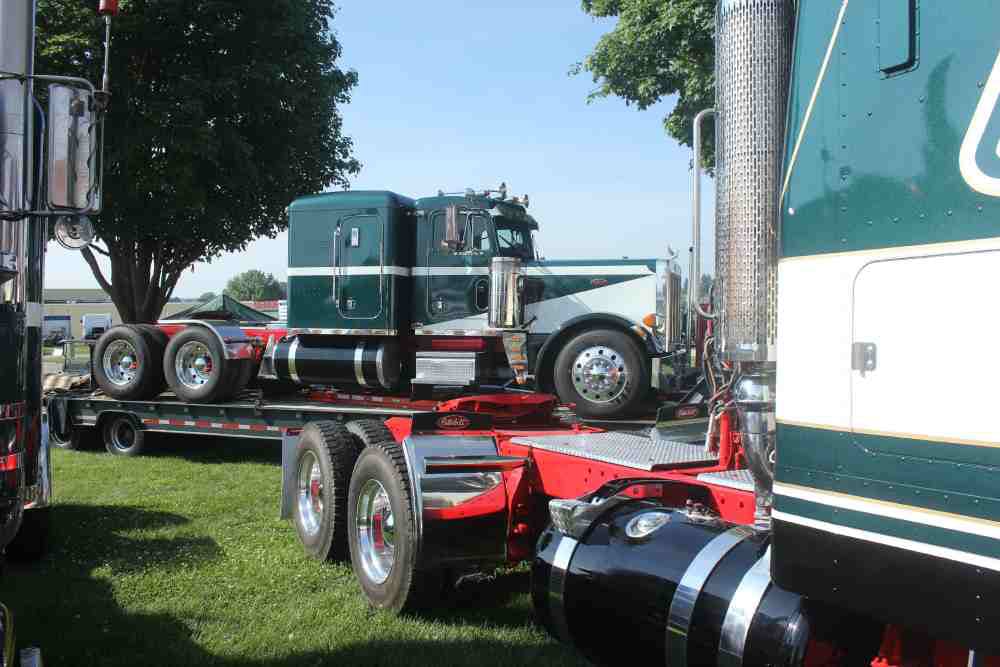 Several trucks at the show from Sacramento, Calif. 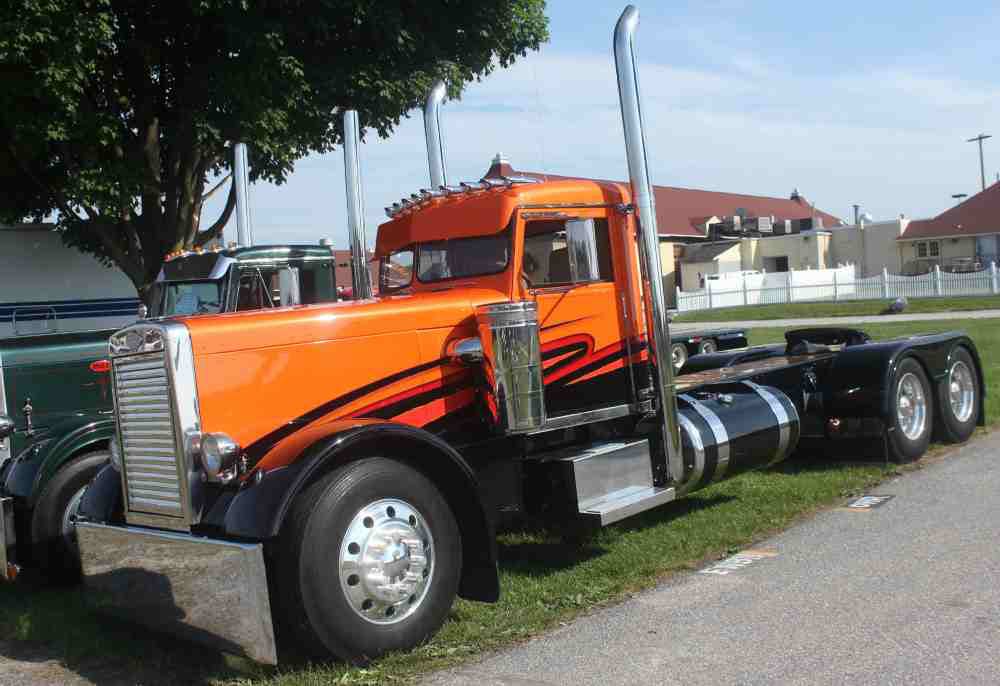 One of the 1,200 or so trucks at the convention 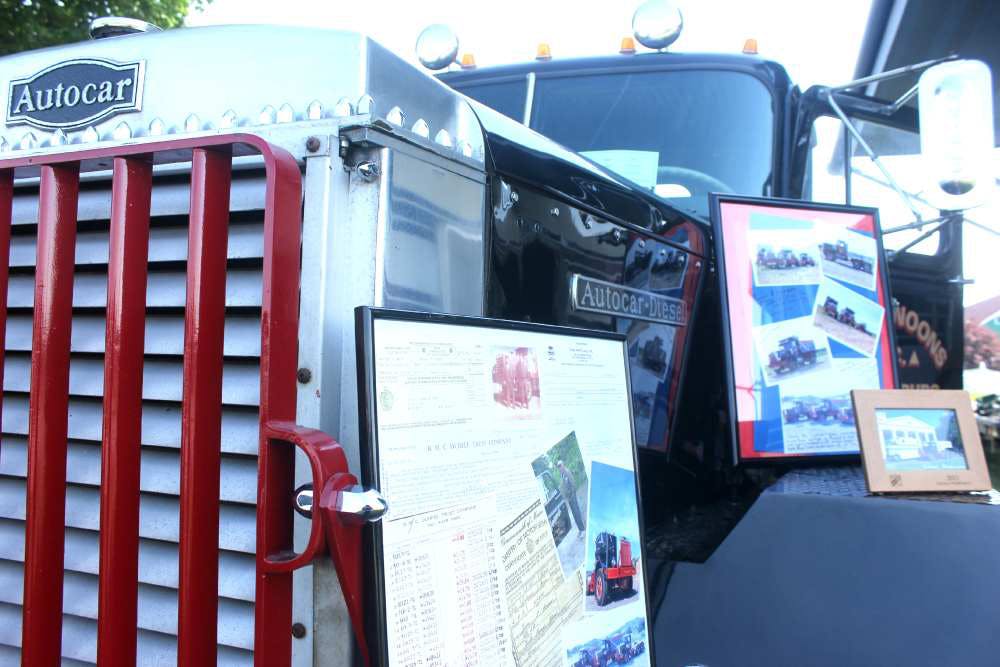 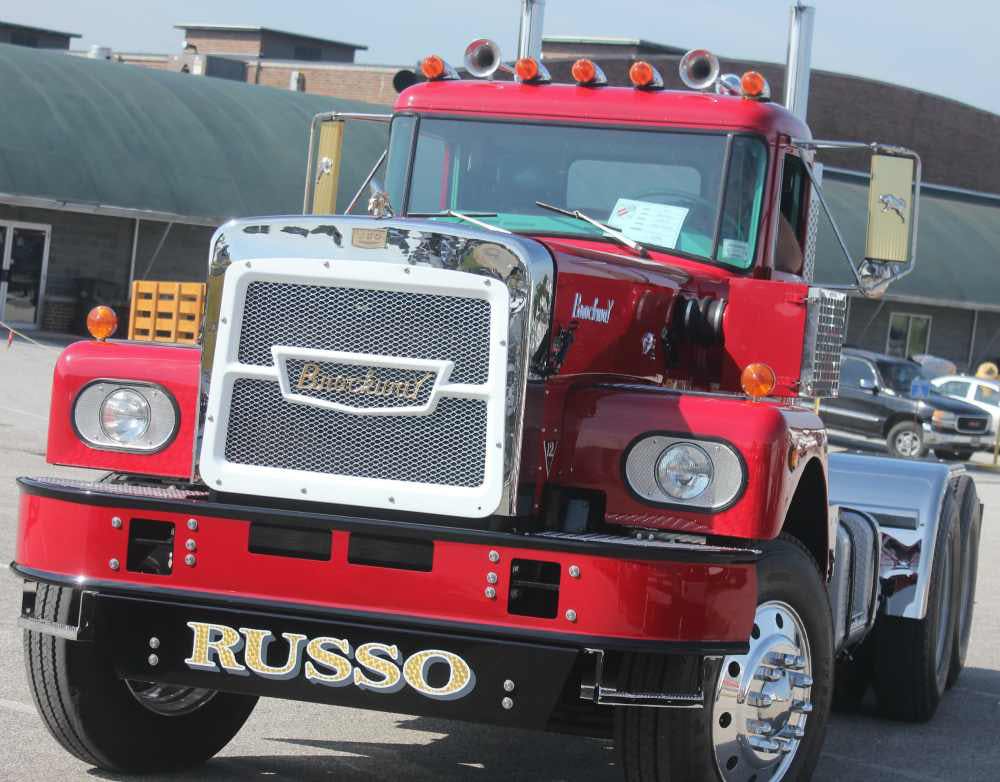 One of many Brockways at the show 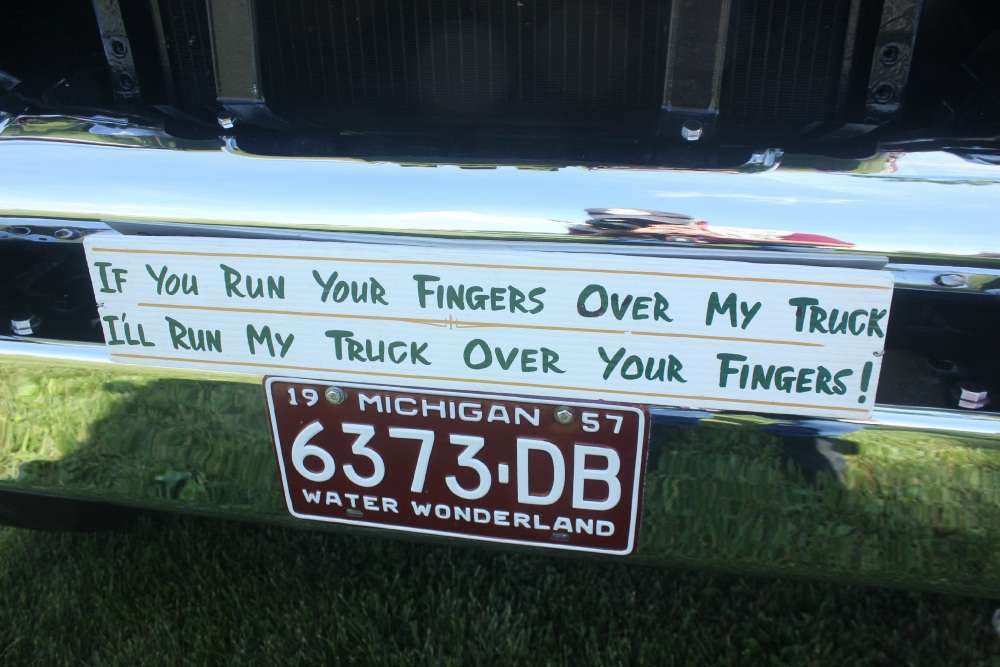 A not so gentle reminder 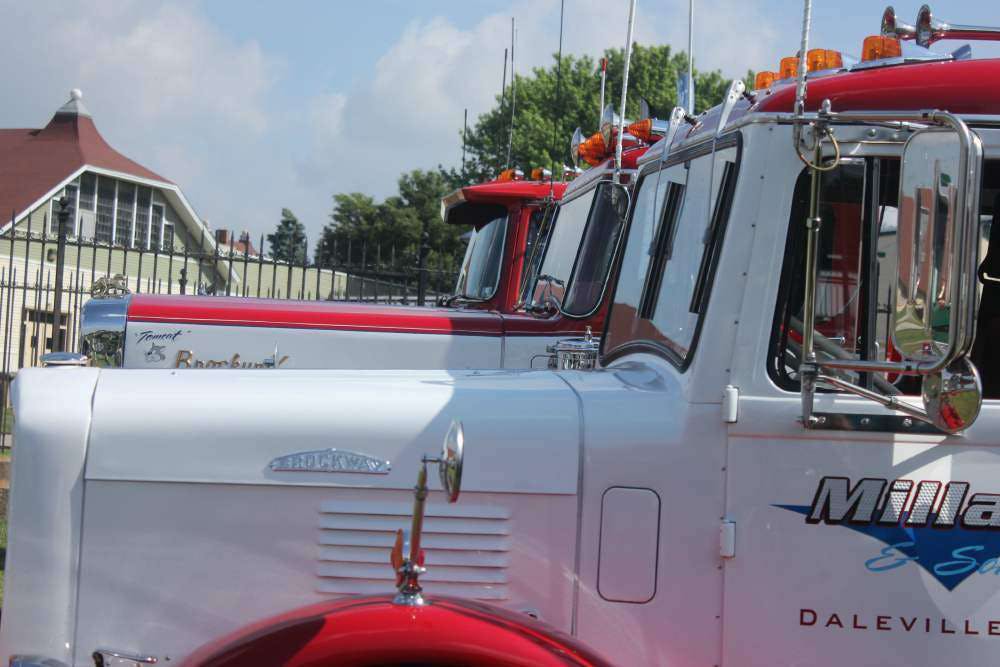 A family of Huskies all in a row 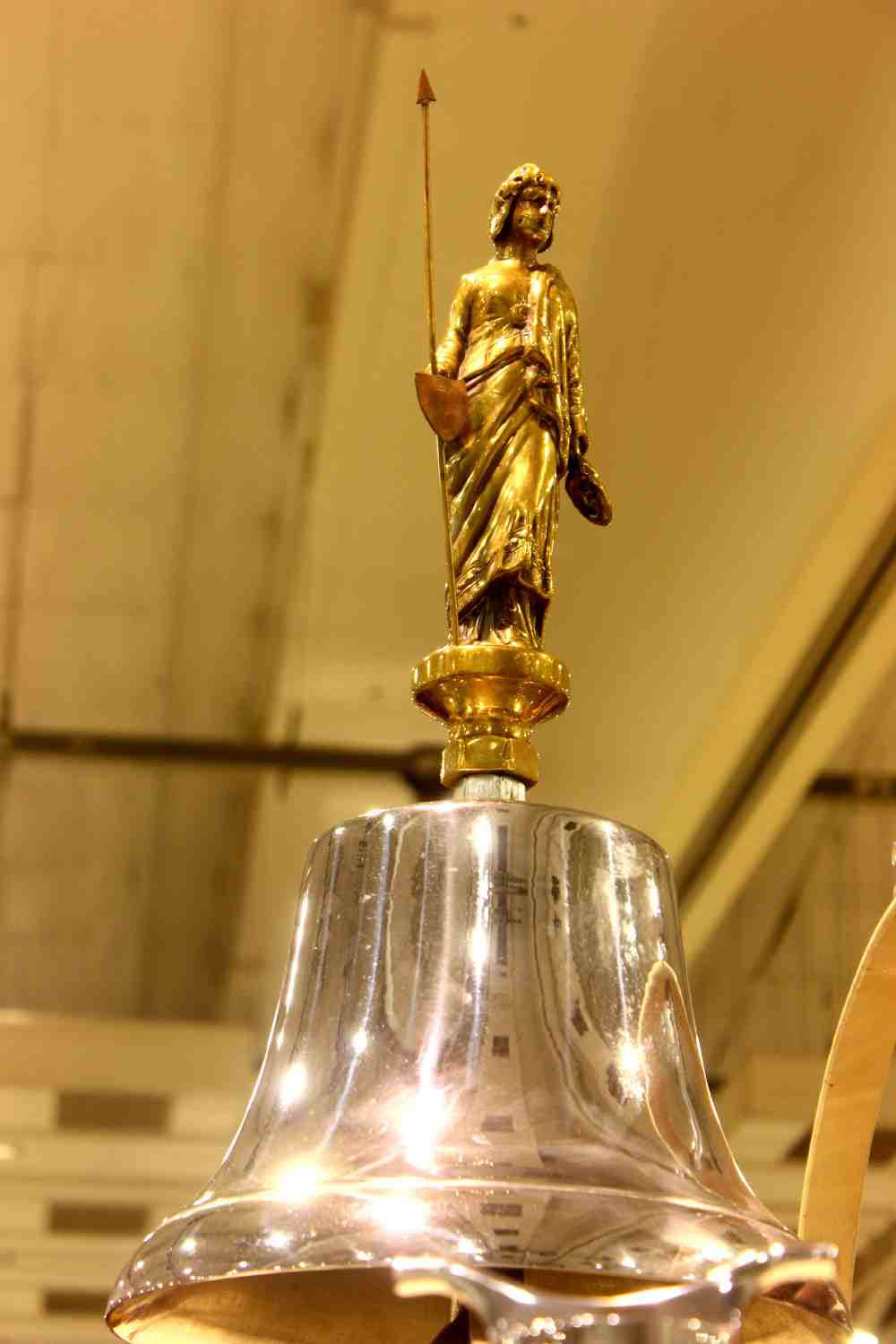 Sentinel atop a vintage firetruck's bell 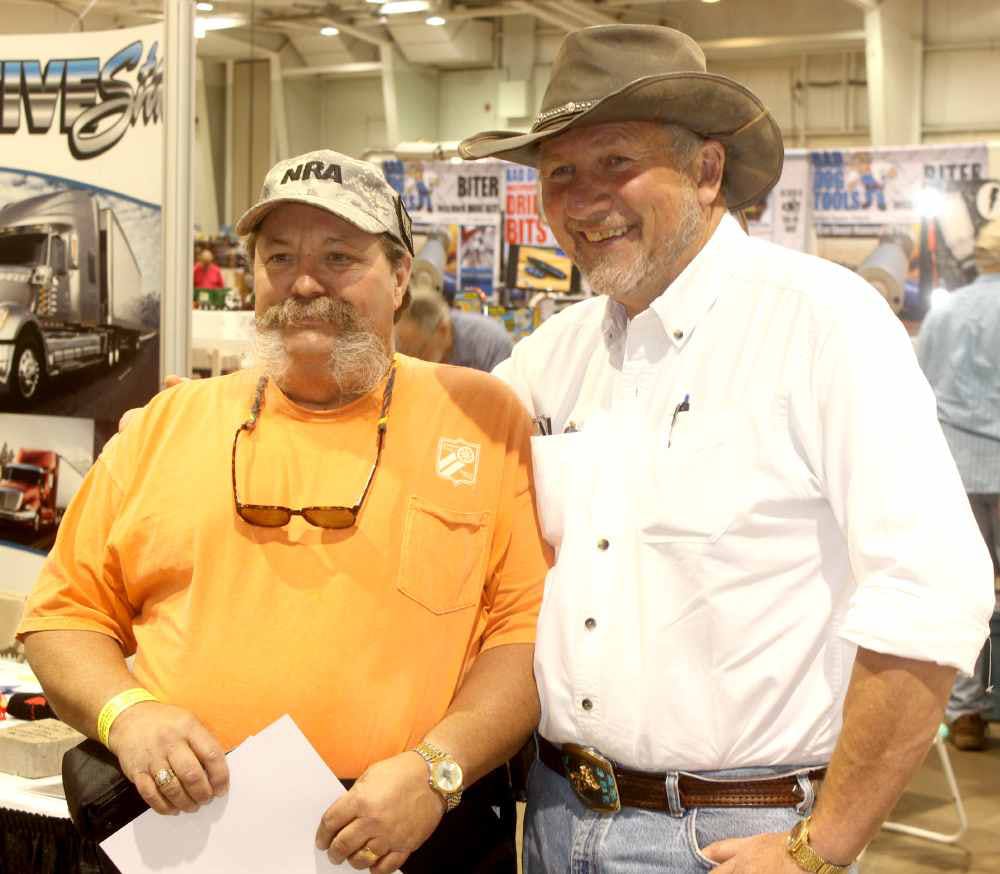 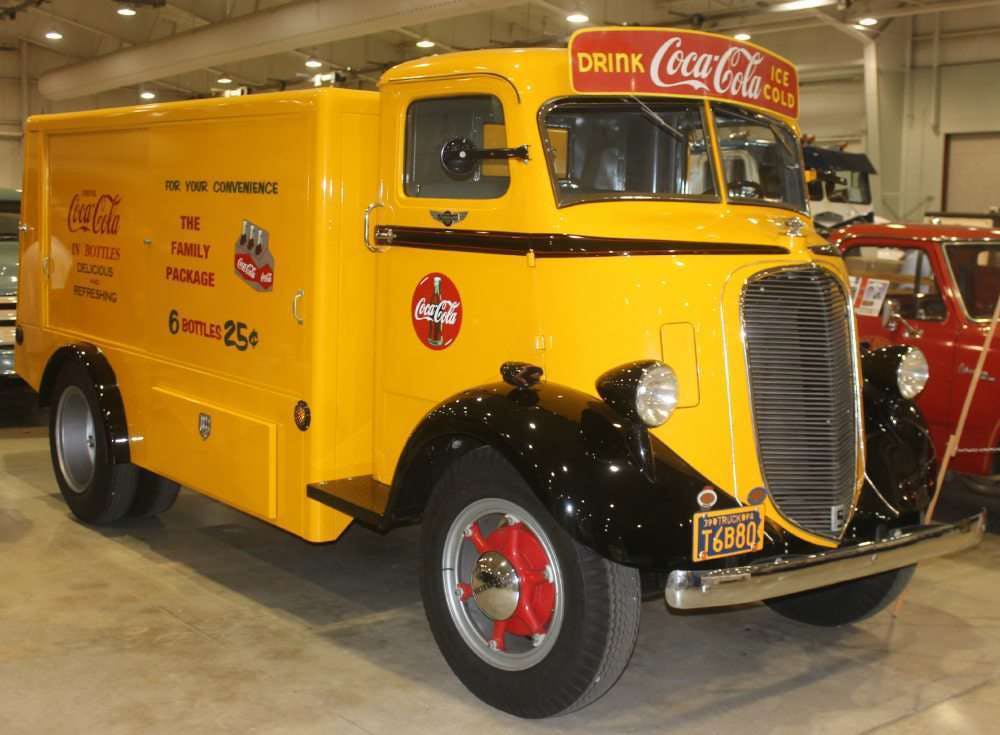 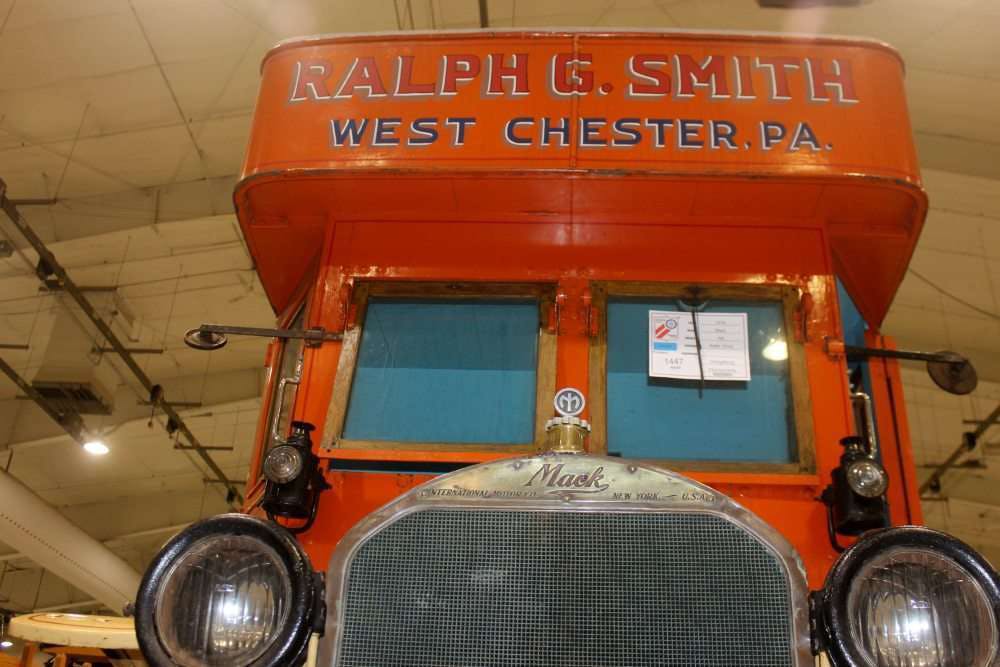 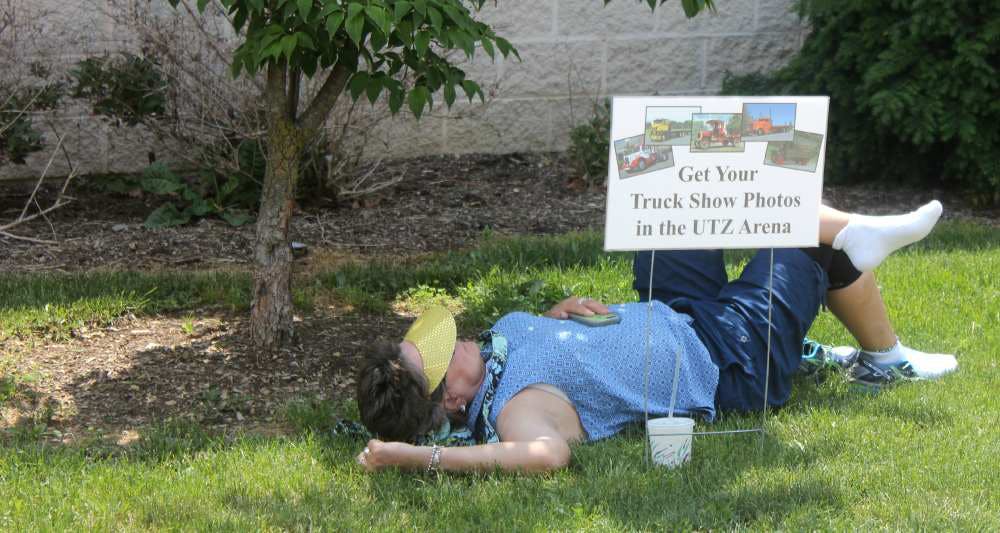 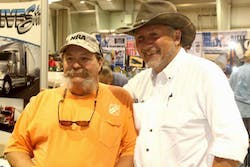 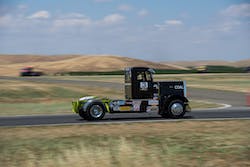 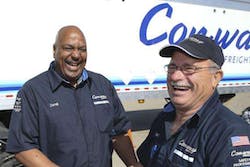 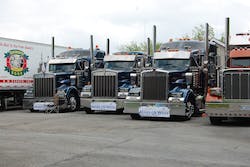