All of the changes happening in Washington, D.C. have some in the trucking industry renewing their focus on a piece of legislation originally introduced a little less than a year ago that would prevent enforcement of state laws regarding driver pay and other employment issues.

James Jaillet, our colleague at Overdrive and Commercial Carrier Journal wrote about the status of the Denham Amendment, which was introduced last February, but never passed. Jaillet writes that some trucking industry lobbyists plan to take up the issue again in the Republican-controlled Congress.

“Major proponents include the American Trucking Associations and the Western States Trucking Association, both of whom have said legislation to assert federal authority over break and pay laws for truckers is a top-level agenda item in the coming years. “This actually is our No. 1 priority,” says Western States’ head of government affairs Joe Rajkovacz. “Prohibiting states from involving themselves in the compensation methods in which drivers are paid. Once one of the cases are successfully litigated, all the ‘me-too’ lawsuits start focusing on much smaller motor carriers downstream. It becomes legal blackmail against a small business: ‘Pay us or get sued and taken into court.’”

Opponents of the provision argue the Denham Amendment would be the effective end to efforts to reform and modernize driver pay.” 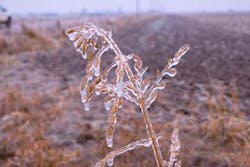 Ice leads to HOS suspension for some in Okla. 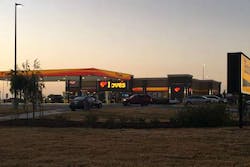 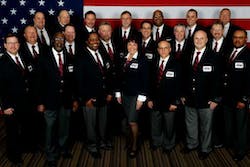