A Montana truck driver is being honored for some highway heroics during which he performed CPR on a fellow driver who was in distress.

David Webb, of Billings, drives for Wilson Logistics, Inc. of Springfield, Missouri, and has been named a Highway Angel by the Truckload Carriers Association.

On June 6, 2016, Webb and his wife Carol were eastbound on State Route 2 in Wenatchee, Washington when they noticed a local dump truck with a pup trailer swerve to the left and rub against a jersey barrier. Webb drove up beside the truck and noticed that the driver was slumped over the steering wheel. He quickly pulled his truck to the shoulder of the road as Carol called 911.

Webb then chased after the dump truck on foot, and once he caught up to the truck, he opened the door and set the brakes. When the dump truck was safely stopped, Webb tried to get the driver’s attention, but noticed he was not breathing. He removed the driver from his seat and began performing CPR along with two other motorists until emergency medical services arrived.

The dump truck driver was taken to the local hospital and recovered.

Webb has been a truck driver for 22 years after serving for 10 years in the U.S. Army.

For his willingness to assist his fellow driver, TCA has presented Webb with a certificate, patch, lapel pin, and truck decals. Wilson Logistics, Inc. also received a certificate acknowledging David Webb as a Highway Angel. 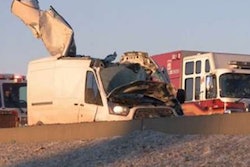 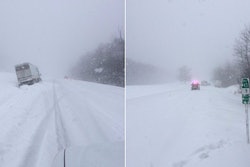 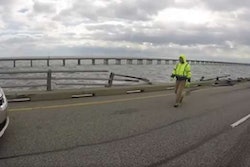 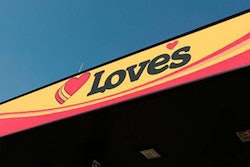