Truck travel throughout southeast Texas is expected to be all but impossible for the next several days as Tropical Storm Harvey is expected to continue dumping record-setting amounts of rain for rest of the week. Transportation officials in the state are discouraging travel in the region as many highways are flooded by the estimated 11 trillion gallons of water that have fallen.

In response to the flooding, the Federal Motor Carrier Safety Administration’s Field Administrator for the Western Service Center and Southern Service Center declared states of emergencies for Texas and Louisiana, exempting truck drivers responding to the storm from hours-of-service and other regulations. Drivers covered under the declaration include those transporting supplies, equipment and people into or out of the states, or providing other emergency assistance resulting from Harvey.

The Texas Department of Transportation is reporting nearly 350 road locations currently affected by high water in the Houston area alone, a full list of which can be seen here. Affected roads include I-10, I-45, I-610, I-69 and numerous U.S. and state highways.

According to The Weather Channel, the storm could dump as much as 50 inches of rain in some spots, the most ever recorded from one storm in Texas. As of Monday morning, parts of southeast Houston had received as much as 30 inches of rain since Thursday.

Additionally, the National Weather Service reports there is a possibility of a “slight restrengthening” of the storm later Monday and into Tuesday, and it is expected to produce an additional 15 to 25 inches of rain accumulation through Friday.

Love’s has closed some of its travel centers because of the storm. They include:

The North American Truck Stop Network just posted to its Facebook page that the Conoco Travel Plaza at Exit 797 on I-10 in Baytown, Texas is closed by the storm. 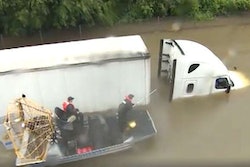 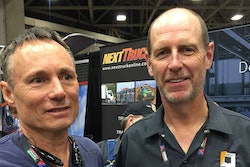 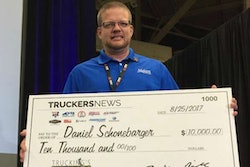 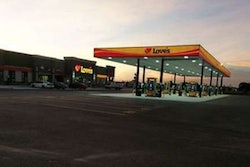