It appears President Donald Trump has changed his mind on how to pay for improvements to the nation’s sagging infrastructure.

Trump Tuesday told members of the House Ways and Means Committee that public-private partnerships, which were to be relied upon as a key part of $1 trillion in infrastructure spending over 10 years, don’t work. He even singled out their failure in Vice President Mike Pence’s home state of Indiana.

The Chicago Tribune quotes Rep. Brian Higgins, D-N.Y., as saying, Trump “emphatically rejected what everybody assumed was his position relative to financing infrastructure. He dismissed it categorically and said it doesn’t work.”

Trump campaigned heavily on improving infrastructure in the U.S., and said his plan would also create millions of jobs. He suggested the federal government would spend $200 billion and $800 billion would come from the private sector as well as state and local governments.

In mid-August he unveiled a plan to streamline the government permitting process for new projects. It was, however, at that same press conference that Trump made comments about protests in Charlottesville, Virginia, that led to the dissolution of several presidential advisory councils, including the one on infrastructure.

Trump’s infrastructure plans have been overshadowed by efforts to change the Affordable Care Act, and now is expected to take a backseat to proposed tax reform. 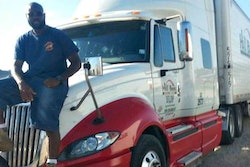 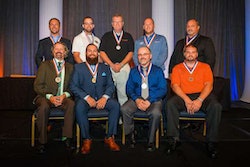 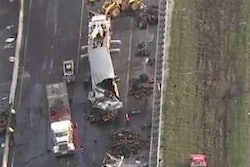