A Mount Crawford, Virginia trucking company that formerly hauled United States mail, its holding company, and four corporate officers were sentenced this week in the United States District Court for the Western District of Virginia in Harrisonburg for conspiring to commit federal crimes.

United States Attorney Rick A. Mountcastle in a statement today said Beam Bros. Trucking, Inc. (Beam Trucking) and Beam Bros. Holding Corporation (Beam Holding) were sentenced to forfeit to the government $2,000,000 of fraudulently obtained proceeds. They were also sentenced to pay about $1,000,000 in restitution to drivers who were defrauded of their pay. In addition, the companies were sentenced to serve three years of corporate probation and pay a fine of $250,000 to the government.

According to a statement from the U.S. Attorney’s office, between 1999 and 2017, Gerald W. Beam, Garland C. Beam and Shaun C. Beam, created had drivers on routes it said were “grossly illegal.”

Beam Trucking drivers were instructed to drive routes that were so long that they barely got any sleep between trips for weeks at a time over a course of years. Drivers became so fatigued that they could hardly stay awake. On a number of occasions, Beam Bros. drivers were so fatigued that they barely avoided crashes when they momentarily fell asleep while driving trucks on public highways. One driver was so fatigued that he took drugs (“Bath Salts”) every few hours to stay awake. After three months of taking drugs, the driver found during one of his trips that he could no longer physically drive a truck and had to call for a medical rescue.

The statement said Beam executives and their sentences include:

The defendants pleaded guilty in May to conspiring to commit an offense against the U.S., violating Federal Motor Carrier Safety Administration (FMCSA) highway safety regulations. 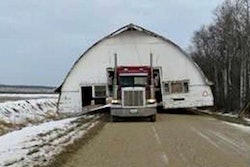 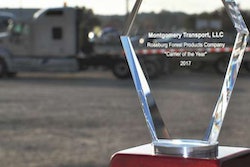 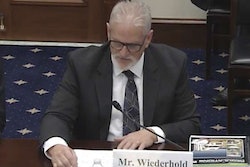 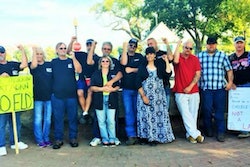