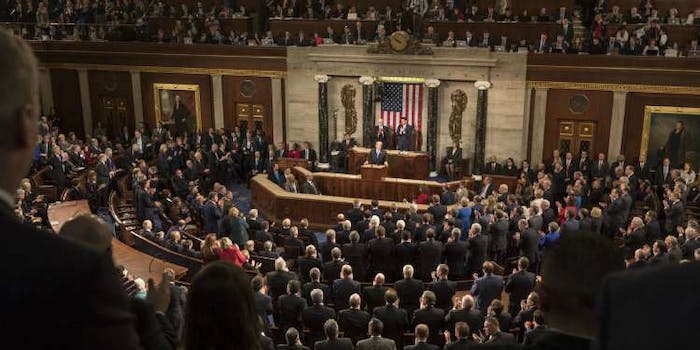 If the trucking industry was looking for details of President Trump’s plan to rebuild America’s infrastructure, it got scant few new insights during Tuesday night’s State of the Union address.

While Trump vowed to build “gleaming new roads, bridges, highways, railways, and waterways all across our land,” he mentioned no specific projects and gave no new details about funding. Instead, he repeated mostly what has been mentioned in the past:

President Trump’s State of the Union comments about infrastructure:

“America is a nation of builders. We built the Empire State Building in just one year. Isn’t it a disgrace that it can now take 10 years just to get a minor permit approved for the building of a simple road? I am asking both parties to come together to give us safe, fast, reliable, and modern infrastructure that our economy needs and our people deserve.

“Tonight, I’m calling on Congress to produce a bill that generates at least $1.5 trillion for the new infrastructure investment that our country so desperately needs. Every federal dollar should be leveraged by partnering with state and local governments and, where appropriate, tapping into private sector investment to permanently fix the infrastructure deficit. And we can do it.

“Any bill must also streamline the permitting and approval process, getting it down to no more than two years, and perhaps even one. Together, we can reclaim our great building heritage.

“We will build gleaming new roads, bridges, highways, railways, and waterways all across our land. And we will do it with American heart, and American hands, and American grit.”

Trucking’s reaction has been mixed: supportive of the need to improve highways, bridges and other infrastructure, but opposed to financing the work with tolls. Here’s how trucking organizations responded.

“Rebuilding America remains a top priority for our nation and the members of the Truckload Carriers Association.  President Trump’s State of the Union address demonstrated that the time is now to engage in meaningful discussions regarding the infrastructure plan highlighted in last night’s speech. TCA supports the efforts to streamline the permitting process that will expedite the construction efforts to rebuild our roads and bridges; however, we remain in steadfast opposition to the prospect of using tolls to raise the $1.5 trillion cost estimated by the President.

“Since 2013, 26 states and the District of Columbia have enacted legislation that will increase or may increase overall state fuel taxes, thus taking advantage of a funding mechanism that has already proven itself to be user friendly and more efficient than a tolling program widely expected to be incorporated into this plan.

“TCA remains committed to supporting increases in fuel taxes, coupled with indexing to an appropriate annual cap as needed, in order to expeditiously bolster our nation’s Highway Trust Fund making it more solvent so that this country’s freight can be delivered daily, in a manner that is safe for all who use our roads.”

“While it’s pleasing to hear an aggressive focus on infrastructure, with a lack of real details, last night’s comments couldn’t be received very enthusiastically except by those that support private public partnerships or adding tolls.”

“America’s truckers commend President Trump for making infrastructure investment a priority of his presidency. While the state of our union is strong, the same cannot be said about the state of our roads and bridges. So therefore, we join the president in calling on Congress to work with the Administration on an infrastructure package that raises real revenue to meet the enormity of this challenge. Just as we did on tax reform, truckers are ready to help carry a solution forward.

“Roads are not a partisan issue – they’re driven on by Republicans and Democrats alike.  As both sides of Capitol Hill know, modernizing our infrastructure will require a substantial investment – actual, real revenue. America cannot be rebuilt with funding gimmicks and finance schemes.

“Trucking’s proposal, the Build America Fund, is efficient, conservative and viable, and will generate $340 billion of real money in the first ten years.  We look forward to working with Congress and the Administration and educating the public on why a fuel user fee is the most cost-effective and conservative answer to fixing our deteriorating roads and bridges.”

“President Trump now touts a $1.5 trillion infrastructure package, but in vague and grandiose terms that fail to address the most significant aspect of the plan: where funding will come from. If Trump relies on the private sector and forcing states and localities to come up with their own funding, Trump’s infrastructure plan could result in a patchwork of tolls that span coast to coast. This approach is not innovative or good policy – it is simply a nationwide call for #TrumpTolls. There is a real opportunity for a long-term solution to our transportation infrastructure needs, but it shouldn’t include tolling our interstates.

“An infrastructure plan relying on Trump Tolls to pay for roads is a complete reversal of President Trump’s commitment to putting America First. Although then-candidate Trump campaigned against lining the pockets of Wall Street and promised to be the voice for the working class, a plan pushing tolls would do the opposite. We urge President Trump not to choose Wall Street over Main Street. Tolls would take money from hardworking Americans and give huge profits to toll road investors – many of which are foreign companies.

“Tolls are a wildly inefficient tax, sacrificing money that could go toward construction instead going to corporate profits and administrative costs. In addition to the diversion onto secondary roads which causes congestion and public safety issues, tolls will do unimaginable harm to businesses, as shipping and manufacturing prices skyrocket to account for these new costs.” 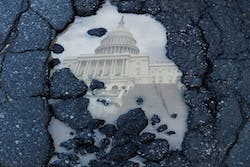 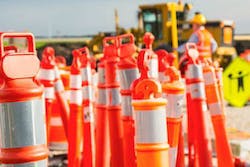 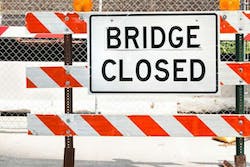 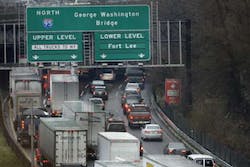