A trucker has been recognized for helping a family whose care caught fire.

Greg Magsam, a driver for Contract Transport Services LLC of Green Bay, Wisconsin, has been named a Highway Angel by the Truckload Carriers Association for his actions last year. The TCA explains:

On Sept. 16 Magsam was in the Kohler, Wisconsin area on the home stretch of a 1,200-mile journey. He had been bringing relief supplies to Texas after Hurricane Harvey and was ready to be home, when the car in front of him caught fire. A large puff of smoke arose from the vehicle, so he followed the car until it came to a stop. Magsam grabbed his fire extinguisher and jumped out to help.

He asked the driver to pop her hood, but then noticed two children in the back seats. Greg instructed the woman hurry the kids out of the car. He proceeded to put the fire out and ensure no one was harmed. The authorities arrived and thanked Magsam for his assistance. Magsam says he just did what he could like he normally would, and luckily, he was in the right place at the right time.

Magsam was recognized with a certificate, patch, lapel pin, and truck decals. Contract Transport Services also received a certificate acknowledging their driver as a Highway Angel. 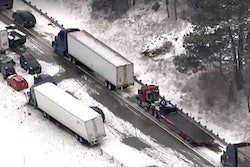 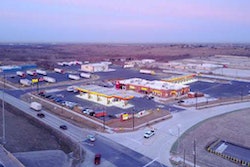 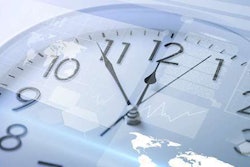 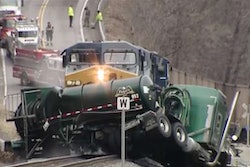