The drivers had to submit an application in order to be considered to drive the trucks. Drivers David Teegarden and Donnie McCuddy were announced as winners.

“Today we are awarding two of our great Melton veteran drivers with this beautiful Melton wrapped truck. We have two of them to give to drivers to drive and so we’re excited to let you guys know who that is,” said Marilyn Surber, Melton’s employee services manager, during the presentation at GATS.

McCuddy knew he was a runner-up for the trucks but was overwhelmed when he found out he’d been selected as a winner.

“I’ve already had in my mind to retire from Melton. I’m already 51 years old and haven’t found a better outfit to ever work for, but when they presented this with me, this was just the icing on the cake,” McCuddy said. “This is a great honor. It truly is.”

Teegarden’s wife, Debbie, submitted his application and nominated him for the award. He said it’s amazing to be recognized for his military service by his company. He served four years in the Marines as a truck driver. He did an additional two years in the Reserves and then spent additional time in the Army National Guard. He’s been driving since 1984, with the last four of those years spent at Melton. 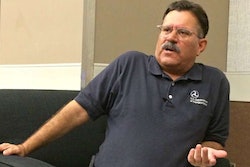 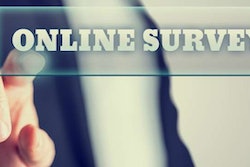 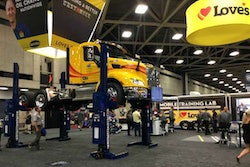